Lindsey Graham: There's a 70 percent chance Trump will attack North Korea if it tests another nuke 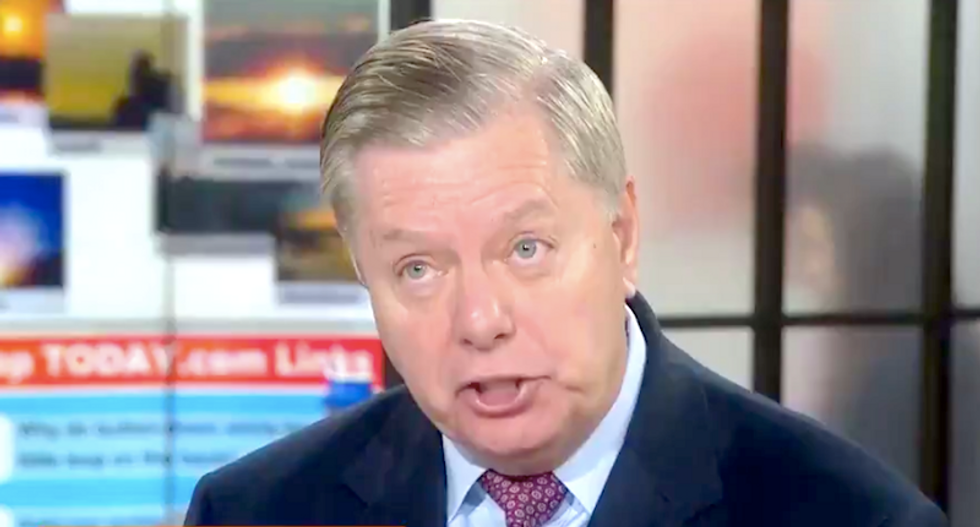 Sen. Lindsey Graham (R-SC) has told The Atlantic that the chances of President Donald Trump launching a military strike on North Korea are terrifyingly high.

Specifically, Graham said there was a 70 percent chance that Trump would attack Pyongyang if it had another nuclear test -- and a 30 percent chance of launching an attack even if it didn't.

Graham said that such a war would not be done with surgical airstrikes, either -- rather, it would be a war of total annihilation aimed at decapitating Kim Jong Un's entire regime.

"War with North Korea is an all-out war against the regime," he tells The Atlantic. "There is no surgical strike option. Their [nuclear-weapons] program is too redundant, it’s too hardened, and you gotta assume the worst, not the best. So if you ever use the military option, it’s not to just neutralize their nuclear facilities—you gotta be willing to take the regime completely down."

Attacking North Korea in an attempt to take down its government carries massive risks, however, as it is a nuclear state that could easily launch a devastating attack on the South Korean capital of Seoul, which is located 35 miles south of the two countries' demilitarized zone and which has a population of nearly 10 million people.

Jeffrey Lewis, an arms control expert and a scholar at the Middlebury Institute of International Studies at Monterey, recently gamed out how war with North Korea would play out, and he estimated that such a war could claim the lives of "nearly 2 million Americans, South Koreans and Japanese," in addition to untold numbers of North Koreans.