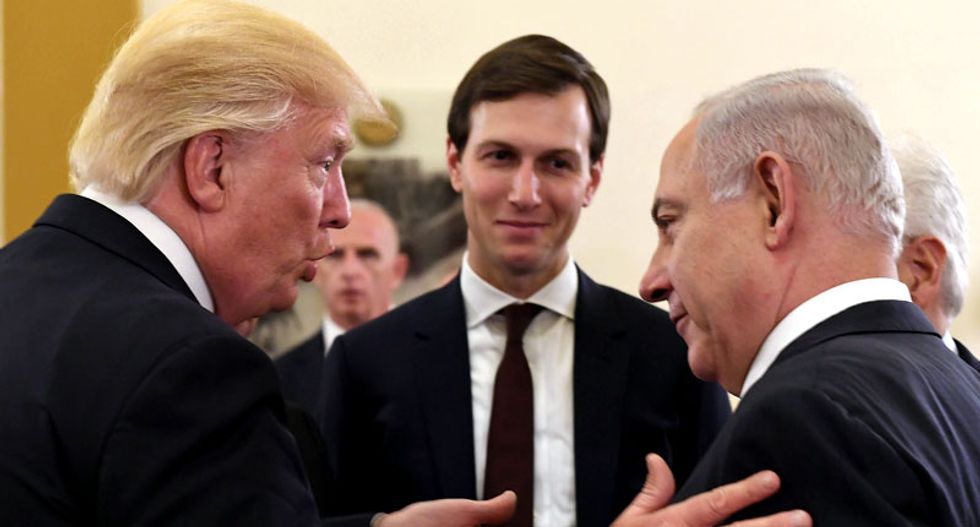 There's ample evidence to suggest that President Donald Trump's transition team colluded with a foreign government -- but it's not necessarily just Russia.

Reports in both The Intercept and The Nation published Tuesday point to the lesser-covered news from former Trump adviser Mike Flynn's plea deal -- that the transition team worked with Israel on their controversial (and arguably illegal) settlements in Palestinian territories. That alleged collusion also undermined then-President Obama's stance on the settlements and was, at the time, "in opposition to official U.S. foreign policy," The Intercept noted.

Even Flynn's contacts with former Russian Ambassador Sergey Kislyak were in hopes of securing either a delay or defeat a United Nations resolution that would condemn Israeli settlements as a "flagrant violation under international law” that threatened the prospect of an independent Palestinian state.

A member of the Trump transition told BuzzFeed that Trump's son-in-law Jared Kushner was the "very senior member" the statement of offense referred to, and instructed Flynn to influence the UN resolution because "this was a top priority for the president."

The Intercept's report also notes that rather than trying to hide this backdoor deal-brokering, Kushner was seen in public days after BuzzFeed confirmed that he directed Flynn to fix the outcome of the UN vote with Haim Saban, and Israeli-American billionaire who thanked the president's son-in-law for "taking steps to try and get the United Nations Security Council to not go along with what ended up being an abstention by the U.S." In response, Kushner "smiled, nodded, and mouthed “thank you” to Saban."

The Trump transition team's efforts to influence the vote (including Russia's) were ultimately for naught, and the UN resolution condemning the settlements went ahead as the United States abstained from the vote.