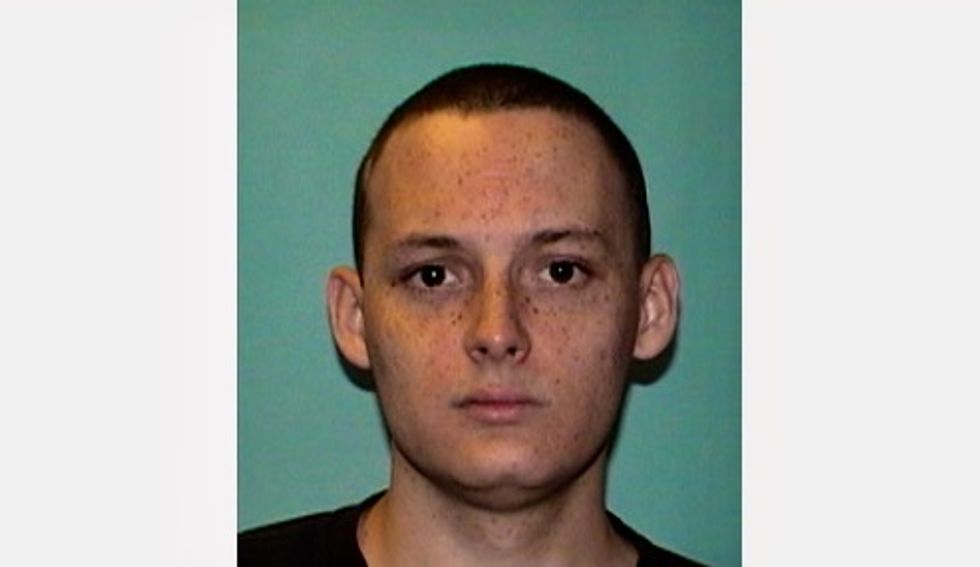 William “Bill” Edward Atchison, the 21-year-old who shot and killed two students and himself last Thursday at Aztec High School in Aztec, New Mexico, was a secret white supremacist, spending time on websites like The Daily Stormer and spreading pro-Trump memes across the internet, the Daily Beast reports.

In 2016, Atchison posted a comment online asking where he can buy “a cheap assault rifle”—prompting a visit from the FBI. Albuquerque FBI Special Agent Terry Wade said he was “cooperative” and “enjoyed trolling on the internet.”

Online, Atchison laughed off the visit. “I was part of the trolling and lulz…” he wrote on his YouTube channel. “The feds investigated me cus some fag reported my profile to troll me... they said they didn’t think I was a serious threat and understood the satire…”

But despite landing on the FBI’s radar, Atchison’s rhetoric escalated; according to posts, he was frustrated with his life in rural New Mexico and bleak career prospects. He blamed his situation, at least in part, on “degeneracy” spurred on by “hedonism, sexual decay, dirty n**gers.”

“How am I supposed to function in this world?” Atchison wrote online in November. “Wherever I go, I see degeneracy. Pointless materialism, hedonism, sexual decay, dirty n**gers who do nothing but slowly break down this society etc. it’s fucking everywhere. No way to escape it, 99% of people are part of it and whatever I do I am confronted with the death of the West. Go to the store and buy groceries in peace? Nope, here’s a group of LGBT liberal filth in line with you. And there’s a n**ger family with 10 kids over there. And a Finn too, but he’s overweight as fuck and he’s buying alcohol and shit junk food. F*cking fantastic.”

“I used to think that this was a phase and we’d get over it, but I have now come to realize that I was born into a literal dystopia,” he added.

On the website EncyclopediaDramatica, where Atchison was maligned for posting “pro-Columbine shooting memes and ‘shitty facebook commentaries’ praising Donald Trump” too frequently, users asked Atchison about his fixation on school shooting.

“I remember [Atchison] literally bragging about being obsessed with Columbine. In 2016,” one user wrote.

“What we’ve found with these ideologies is that they repeatedly lead to violence. There’s a dual line of radicalization happening,” Lenz said. “To steep yourself in Daily Stormer rhetoric and the sites like it is to put yourself in the headspace of where the violence is when not if.”

A YouTuber known as “Smith,” who considered Atchison a friend, disputes the claim he was a white supremacist, insisting their racist rhetoric was “mostly satire.”

“[Atchison] wasn’t alt-right. He wasn’t a neo-Nazi,” Smith told the Daily Beast. “Bill hated both sides... His emotions mixed with his politics.

“He was edgy, he was offensive, and he was shocking. He said a lot out of pure shock, but I didn’t think he’d be so moronic enough to do what he did,” he added.

(Note: An employee of Raw Story was involved in legal action against some of the online groups associated with William Atchison.)