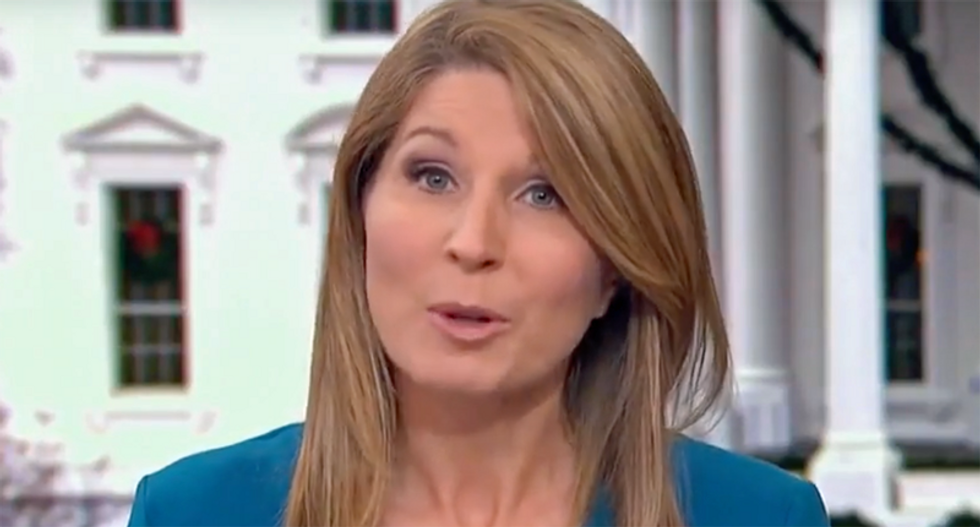 "Three Republicans with close ties to the Trump White House, all veterans from previous Republican administrations, tell me that it's clear from their conversations and contacts with the president's inner circle that Bob Mueller is trying to build an obstruction of justice case," MSNBC host of "Deadline: White House" reported Tuesday.

"One of them going even farther and saying that the White House is now flying blind and doesn't know who else might already be cooperating with Mueller's team," Wallace explained.

That was not the only major news Wallace broke in the first minutes of her show.

Wallace also introduced former U.S. Attorney Chuck Rosenberg, who worked on the staff of both Robert Mueller and James Comey of the FBI.

"Would you surmise that Donald Trump's taxes are something that Bob Mueller either has or will seek to obtain?" Wallace asked.

"I would, Nicolle, and here's why. I was a federal prosecutor for a long time and a white collar prosecutor, at the beginning of any case what you need are leads, how do you get those? The first thing you do, you get credit reports and you get tax returns," Rosenberg explained.

"I don't know that they have the tax returns, but I know what white collar tax attorneys do, they get tax returns," Rosenberg noted.