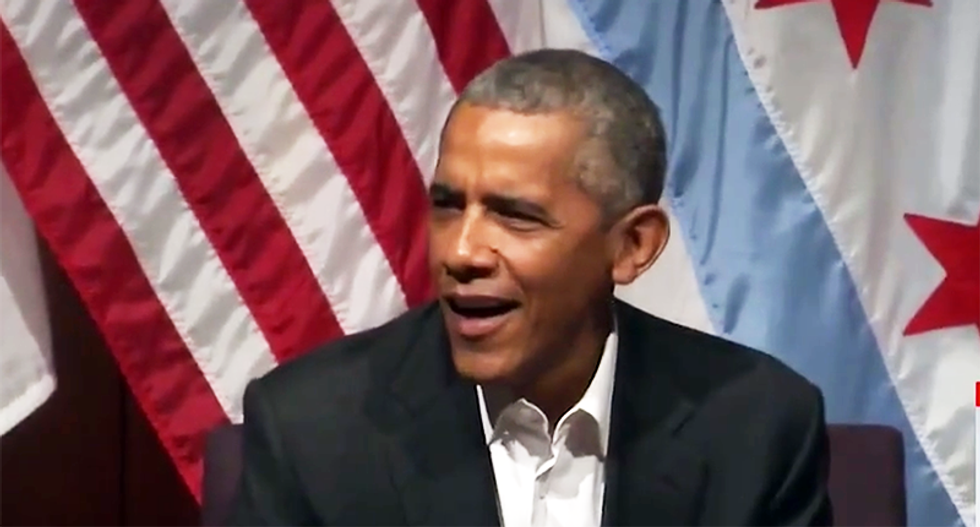 Former President Barack Obama said this week that if he watched Fox News regularly, he would never consider voting for himself.

The Hill reports that Obama told the Hindustan Times Leadership Summit in New Delhi, India, that the American news media had been fractured to the point where citizens get completely different senses of reality depending on what they watch and read.

"Those who watch Fox News and those who read the New York Times occupy completely different realities," Obama said. "If I watch Fox News, I wouldn’t vote for me. I would watch it and say, 'Who is that guy? This character Barack was portrayed in weird ways.' It is all edited and shaped... The point is, you get multiple realities."