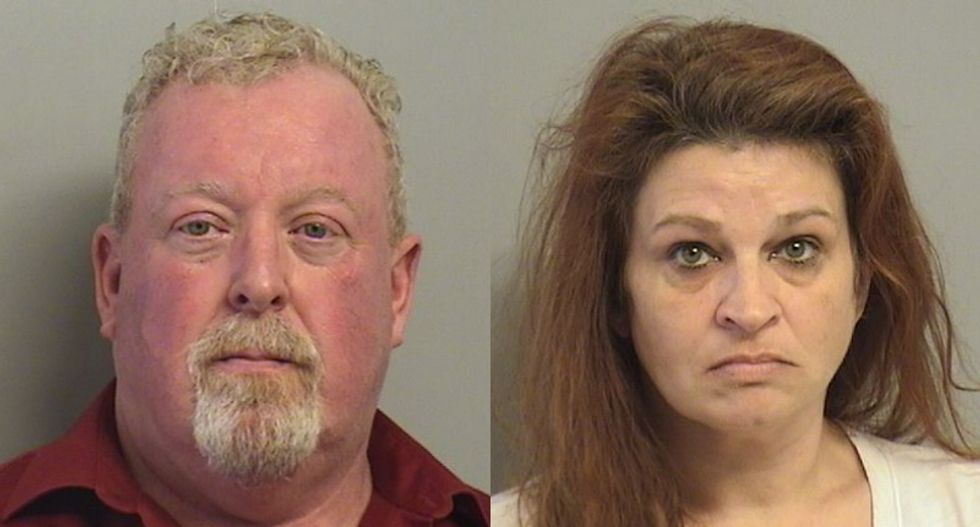 A man identified as a minister in Broken Arrow, Oklahoma has been busted for running a prostitution service under the guise of a "massage parlor" -- and that one of his employees holds white supremacists beliefs.

According to Tulsa World, Walter Eugene Brazington Jr. used his ministry's phone number to advertise for women for his prostitution service. He was charged last week with "procuring for prostitution and possession of a firearm while in the commission of a felony."

Along with Brazington, a woman named Tiffany Ann Roach was also arrested following the November 20 raid. A simple search revealed that along with working at the parlor, Roach appears to hold white supremacists beliefs, calls herself an "Aryan Woman" and professes to have "Whitegirl [sic] Pride."

Both were arrested after six weeks of police surveillance culminated in an undercover operation in November. During the raid, Brazington reportedly interviewed an undercover officer and told them he "was not a pimp" and "treats the girls like staff."

Brazington, who lead All Nations Evangelistic Team, posted bail, while Roach remains in jail on a $6,000 bond for charges that she knowingly infected people with HIV since she learned she was positive for the autoimmune disease in June of this year.

Brazington was also reportedly a former police officer, and after Tulsa World reached out to All Nations Evangelistic Team for comment, the pages on the ministry's website that referenced their former leader were deactivated.