Oklahoma soldier could lose custody of his son while deployed overseas 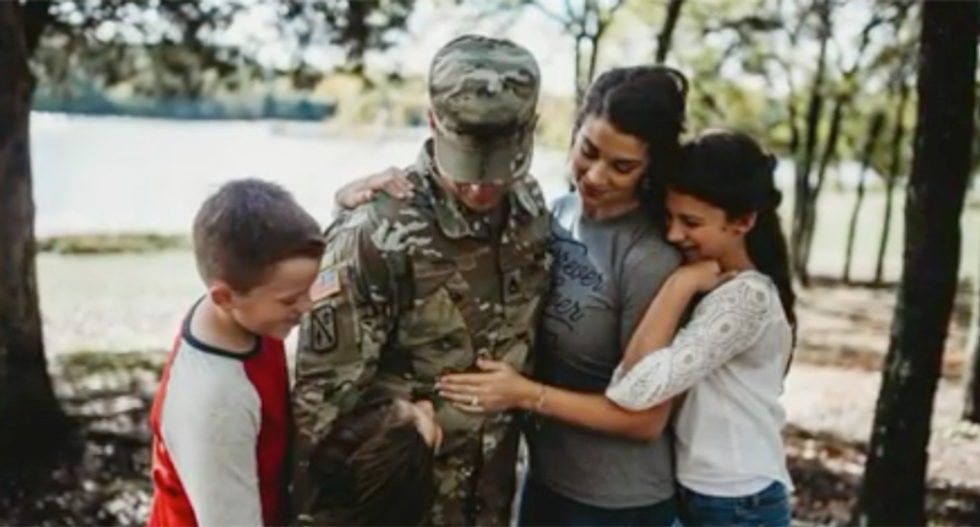 A Calera, Oklahoma, soldier fears he might lose custody of his son because he's being deployed overseas.

Oklahoma Army National Guard soldier Richard Solis is being sent to Afghanistan, and a local judge awarded his ex-wife temporary custody, despite losing custody of her son Austin when he was just 2 years old, according to KFOR News.

“He feels hopeless,” said current wife Sara Solis. “You shouldn't have to worry about performing a duty and then losing your child."

She explained that she and her husband have primary custody after the biological mother's past caused her to lose custody of the child years ago. Their attorney has already begun an appeal process, and the family has said they're ready to take it all the way to the Supreme Court if they must.

Mr. Solis took to social media, posting from thousands of miles from home to beg for help.

“We're going to fight to make this right,” his wife said, noting she hasn't spoken to Austin since last week. Christmas presents still sit under the family tree waiting for him to come home.

The appeal documents explain that the Service Member Civil Relief Act allows service members to assign another person to have temporary custody and visitation rights while the primary parent is deployed. However, Judge Clark Huey of Altus District Court didn't uphold that law, the family said.

“Just because we're not biological parents doesn't mean we don't deserve to raise kids just because our husbands or wives are serving the country,” Austin's stepmother said.

In another Facebook post Tuesday, Sara Solis said that Austin asked his father "to keep fighting for him." She revealed that Austin was given just two hours to collect his things and be out of his family home to stay with his biological mother.

Watch the full report from KFOR below: