Omarosa grew 'fed up' with Trump's handling of racial issues -- and was tempted to quit after Charlottesville: report 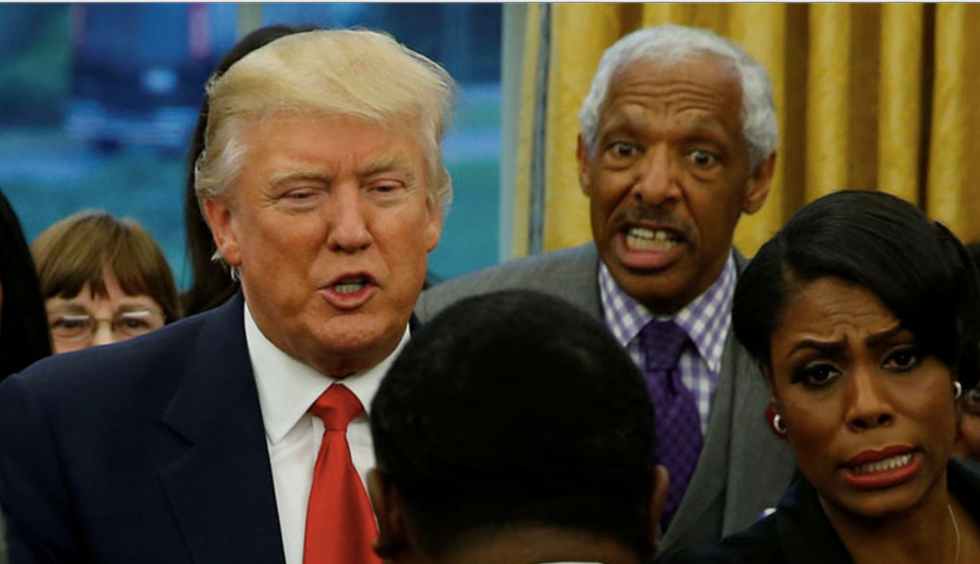 Former reality TV star Omarosa Manigault Newman, who was fired this week from her job as a Trump White House aide, reportedly was tempted to quit the Trump administration this past summer over her frustration with President Donald Trump's handling of neo-Nazi rallies in Charlottesville, Virginia.

An unnamed "White House official" tells BuzzFeed that Omarosa had grown increasingly "fed up" with the way Trump and his administration handle racially charged issues -- and she was apparently frustrated at being the only woman of color in Trump's White House.

"She struggled with being an African-American senior staffer, with all the racial incidents in the White House, and I think it was starting to weigh on her," the source explained.

Trump has a long history of making racist statements -- such as his remark that Judge Gonzalo Curiel's "Mexican" heritage prevented him from being able to fairly preside over the Trump University lawsuit -- but Omarosa has nonetheless stood by him publicly until her firing this week.

BuzzFeed's source also said that the Trump White House was a "draining" place to work because it always seemed to flail wildly from one crisis to the next.

Omarosa first became associated with President Donald Trump all the way back in 2004, when she was a contestant on his reality TV series “The Apprentice.” She again appeared on Trump’s show in 2013, when she was invited to appear on his “All-Star Celebrity Apprentice” series.

She was a major surrogate for Trump during the 2016 presidential election, and she was given a plum job as a political aide in Trump’s White House.