'Out of control' Trump is being lied to by his lawyers about Russia investigation so he won't fire Mueller: Carl Bernstein 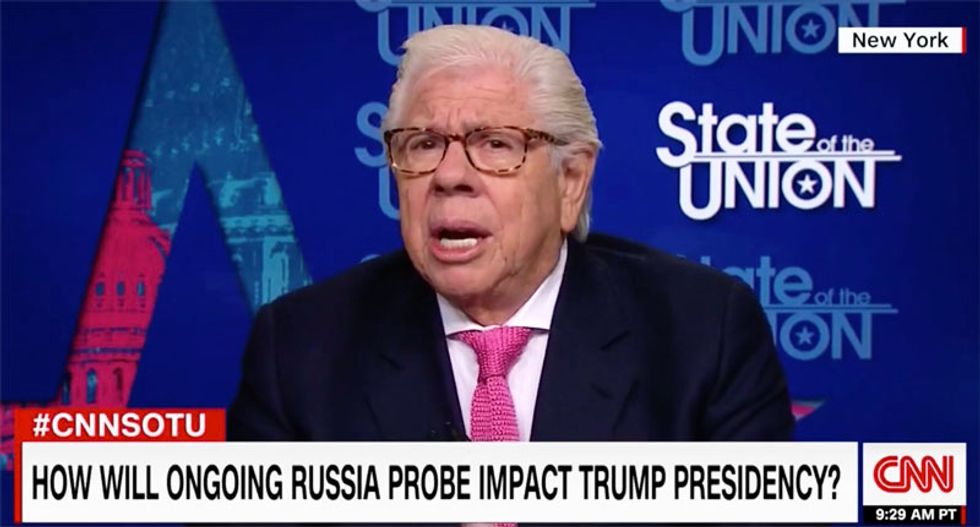 Appearing on CNN's State of the Union, legendary reporter Carl Bernstein claimed that sources within the White House have told him that President Donald Trump's lawyers are lying to him about how bad the investigation into Russian collusion is going because they fear he will fire special counsel Robert Mueller.

Speaking with host Dana Bash, the reporter who broke the Watergate story that eventually led to the resignation of President Richard Nixon, said Trump's lawyers are painfully aware that their client is "out of control."

Addressing Trump's belief that he will be exonerated, Bernstein said Trump is lying but also may be in the dark because his legal team is afraid of what he might say or do if he knew what was really going on.

“There is no reason to believe almost anything Donald Trump says because what we know is that the president of the United States and his presidency is characterized, above all else, by the lying of the president of the United States," Bernstein explained."That doesn’t mean that lying by the president is a crime, but it does mean that we see him covering up events, but not necessarily criminally covering up events. And where this is going definitively we don’t know."

"They are telling him what he wants to hear to keep him from going off and firing Mueller in a rage because they have an out of control client" he stated. "The president of the United States is out of control a good deal of the time, especially when it comes to this investigation.”