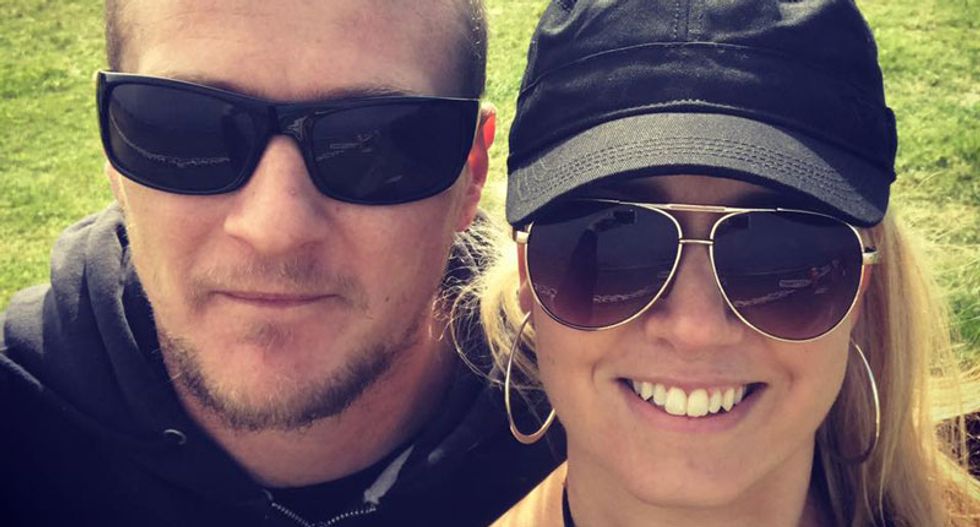 Dale Ewins, 35, and his girlfriend Zita Sukys, 37, were shot by police while dressed as comic book characters The Joker and Harley Quinn.

Two revelers at a swingers' costume party who were shot by police while engaged in an "intimate act" are speaking out about the ordeal for the first time, the Herald Sun reports.

Dale Ewins, 35, was dressed as comic book villain The Joker while his date, Zita Sukys, 37, was dressed as Suicide Squad character Harley Quinn when they were shot by police in Victoria, Australia in July. Ten officers dressed in tactical gear stormed the nightclub and opened fire 32 seconds later.

“They blew my leg apart,” said Ms Sukys. “I am mentally paralysed. I can’t do anything.”

Sukys was shot in her knee and thigh; Ewins was shot twice in the back. Victoria Police are claiming the shooting was "lawful self-defense."

Martha Tsamis, the owner of the nightclub, said her security staff knew the patron had a plastic toy gun, told authorities he was not a threat and then was ignored by police.

“We are both parents. This isn’t what we expected for a night out," Ewin explained.

Court documents say Ewins was performing oral sex on Sukys in the back corner of the nightclub, and was unaware of police presence before being shot in the back. He claims police tasered him multiple times after they shot him, handcuffed him, and stood on his hands.

“It’s alarming to learn that the people responsible for protecting the community and upholding the law will lie and hide the truth rather than ­accept responsibility for recklessly shooting and nearly killing two innocent people,” the couple told the Herald Sun.

Both victims are claiming ongoing impacts from their injuries and are suing the State of Victoria.

“I can’t even lift a shopping bag. We both have children and mortgages … I have no ­capacity to work,” Ewin said. “It’s taken away our quality of life."

“My scars are horrible. I’m disgusted. When people ask how I got them, they are shocked,” Sukys said. “Before the shooting, I was a good organizer, but now I struggle with everyday tasks.”