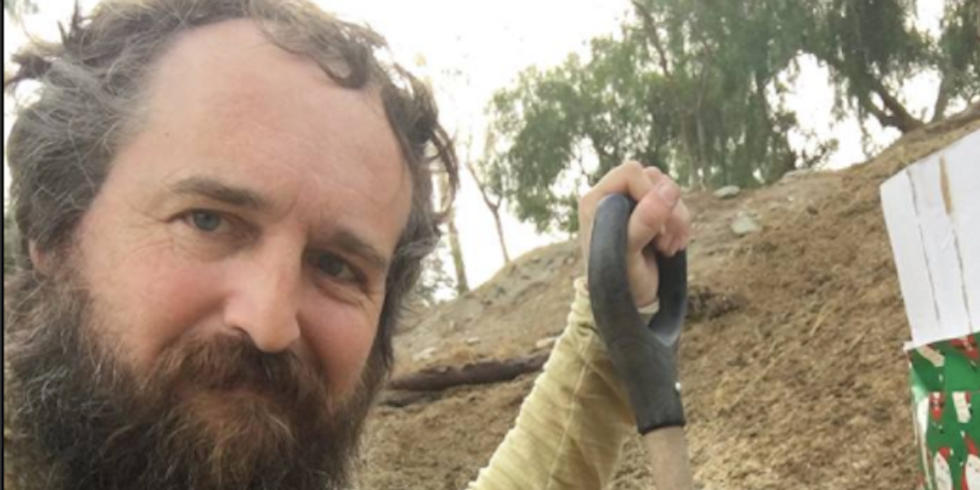 A Los Angeles psychologist has taken credit for delivering a box of horse manure to Treasury Secretary Steven Mnuchin, said the Washington Post on Monday.

Robby Strong hand-delivered two large boxes of poop to homes owned by Mnuchin in Los Angeles -- one in Bel Air and one in Beverly Hills -- on Saturday to protest the passage of President Donald Trump and the Republican Party's wildly unpopular tax plan.

“I wanted to ring the door and hand it to him myself,” said Strong to AL.com on Sunday.

"Merry Catmess!" said the card attached to the box. On the inside, a note from Strong said, “We’re returning the ‘gift’ of the Christmas tax bill. It’s bulls—t. Warmest Wishes, The American People.”

The box caused a bomb scare in Bel Air and Strong received a visit from the Secret Service.

"I just got interviewed by the Secret Service and I've now joined some of my heroes like Timothy Leary and Martin Luther King," he said to AL.com. "[The agents] just showed up in my yard."

Strong announced on Facebook that he intended to carry out the prank. In a post from Saturday, he said, "I need someone to ride along and document my Secret Santa project. I’m going to hand deliver boxes of horse s — t to Steve Mnuchin. No disguises, no fake names. Totally owning this one. You’re only powerless if you do nothing!!!”

"What I did, I would like to compare to what Jesus did when he went into the temple and overturned the tables of the moneychangers, who were exploiting the people financially in the name of religion. I feel like that's what the GOP has done to the American people," strong said to radio station KPCC.

Strong works for Los Angeles' Department of Mental Health and told KPCC he knows that he could lose his job over the political prank, but felt he needed to follow through regardless of the consequences.

"In the long run, if we don't do stuff like this, what are we going to have left?" he said.