Racist fliers disbursed in Illinois can literally kill you: police 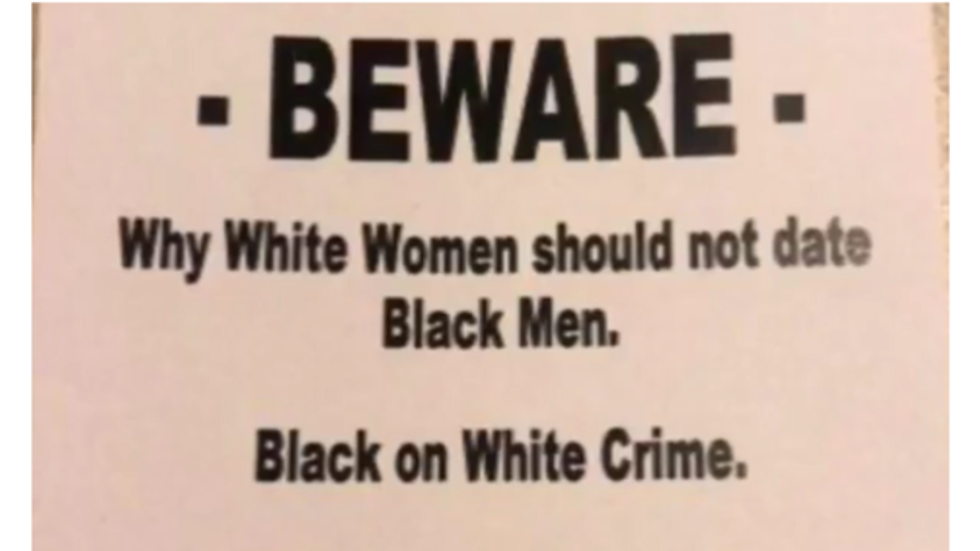 Police in Tilton, Illinois, say that someone recently left a racist card on a local resident's card windshield -- and what's more, the card was contaminated with ecstasy and methamphetamine.

The Danville Commercial-News reports that Tilton resident Hannah Darr this week was driving her car when she noticed a card left on her windshield that read, "BEWARE: Why white women shouldn't date black men."

Shortly after pulling the card off her windshield, she began to feel dizzy and disoriented, however. When her mother touched the card, she reported feeling the same way.

She brought the card to Tilton Police, who found traces of ecstasy and meth on it.

Although police have no suspects or motive in the case yet, Darr says that she believes her car was targeted because the assailant believed that she was alone.

"I want to make sure other people are safe," she told the Commercial-News. "I’d hate to see that happen to a single mother, with kids in the back seat, and she starts to feel disoriented while driving."