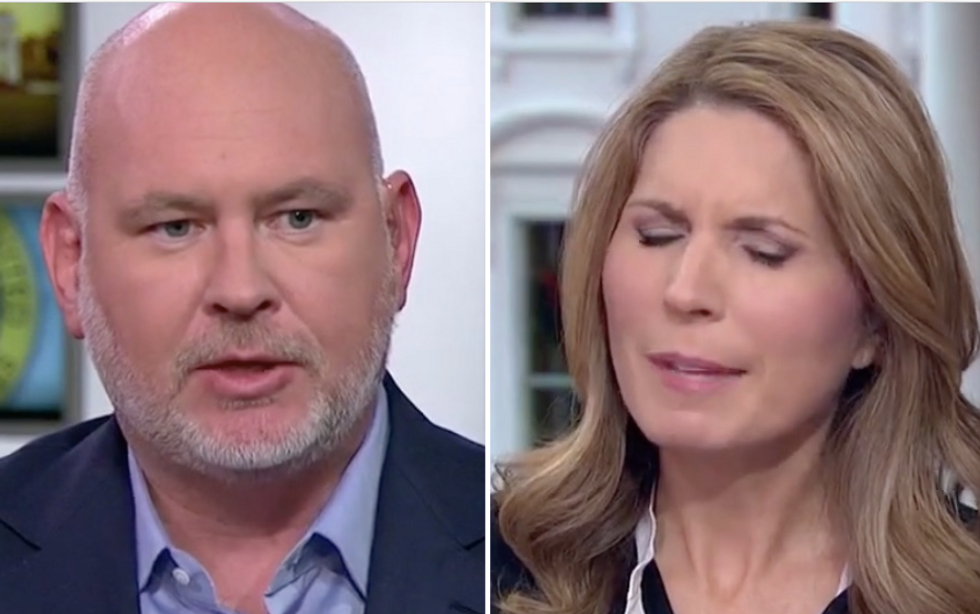 Former White House communications director to President George W. Bush Nicolle Wallace and ex-campaign manager for Sen. John McCain (R-AZ)'s 2008 presidential run Steve Schmidt blasted Fox News and its leading pundit Sean Hannity on Thursday, calling him a propagandist who is "wrong in the most profound way" and "dangerous" to the public.

Schmidt expressed his disgust with Hannity and his network's constant fawning over President Donald Trump, saying, "What you’re seeing on Fox News is from the type of propaganda that you would be subjected to if you lived in Belarus or if you lived in Russia. It is dishonest. It is purposeful. It is misleading.”

He continued, “And what you saw Sean Hannity doing, it’s wrong in the most profound way. It’s very, very wrong.”

“It was pointed out to me, [ex-Rep.] David Jolley [R-FL] that it’s also dangerous,” said Wallace, noting that a former diplomat explained to her that Hannity exposed everyone on Mueller's team to potential harassment and intimidation by repeatedly showing their names and photos on his show.