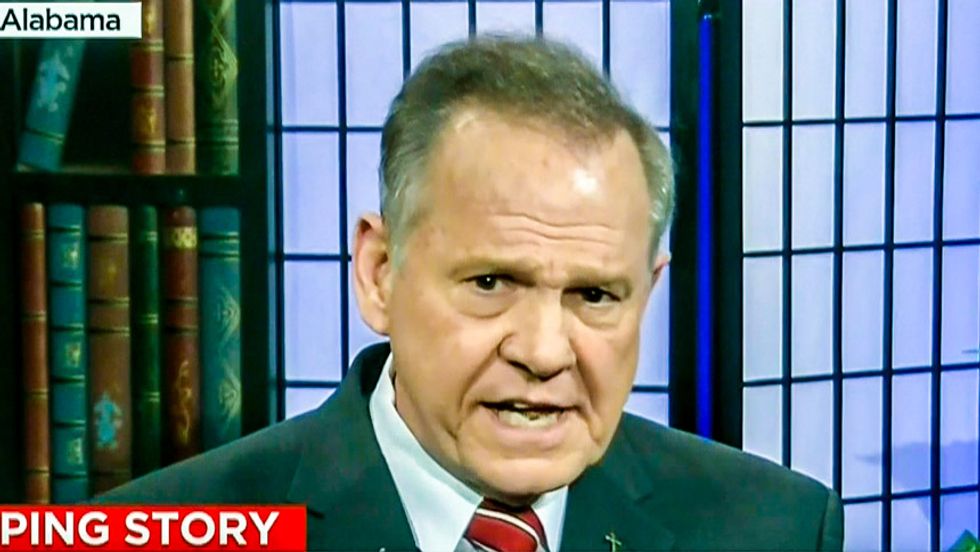 In a pair of Facebook posts that have gone up over the past two days, Moore has promoted an article from conspiracy theory website World Net Daily that alleges "a coalition of Muslim and Marxist-led groups" was instrumental in defeating Moore's Senate candidacy. 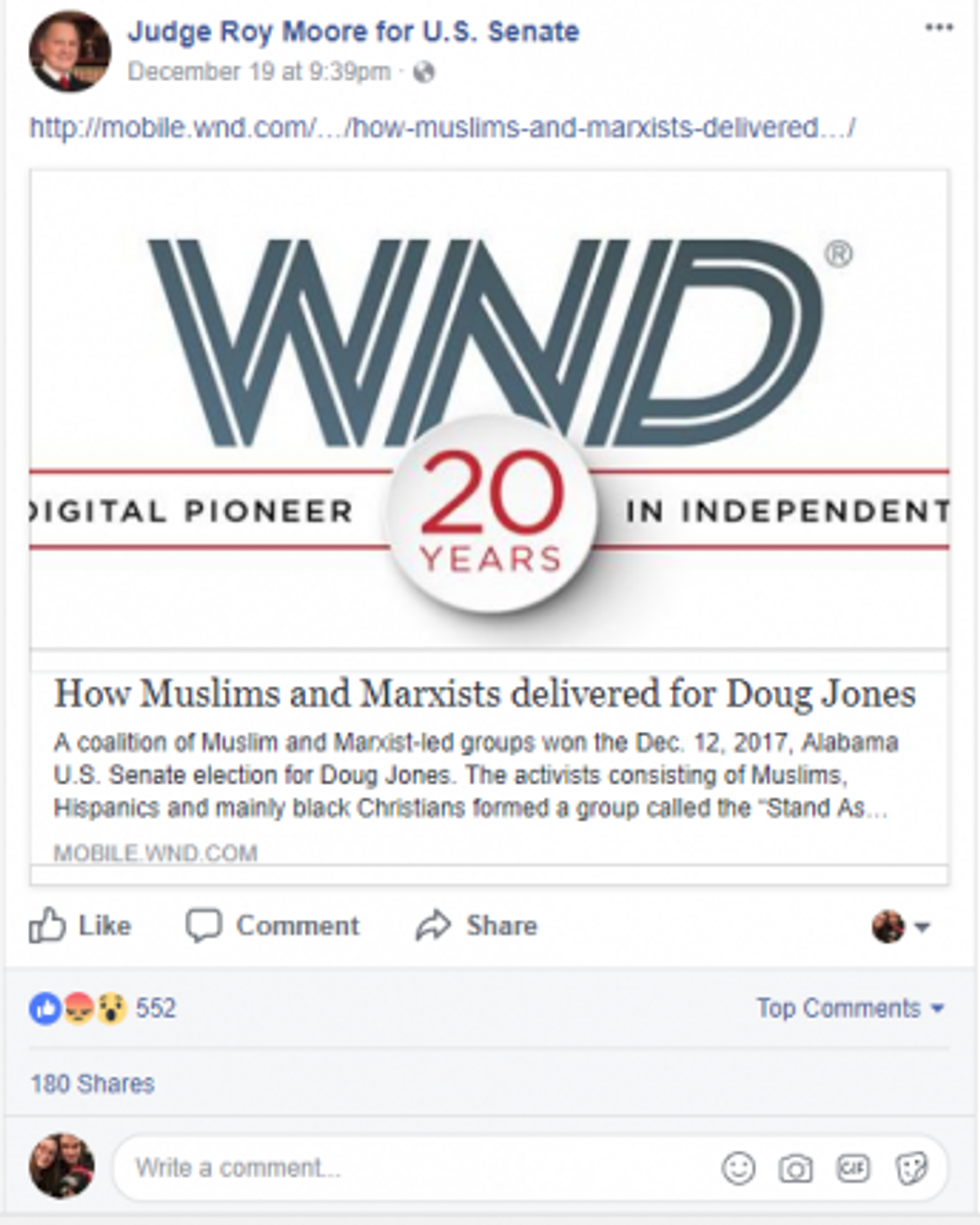 In particular, the article attacks Democrats for registering minorities to vote and warns Republicans that these minorities could end up toppling their rule.

"The real lesson is that the left is pouring big resources into registering hundreds of thousands of black and Latino voters in Southern states – especially North Carolina, Florida, Georgia, Texas and Arizona," it states. "They have already flipped Colorado and Virginia; if they can push over two or three more Southern dominoes, the Republicans will be in deep trouble."

In addition to sharing the World Net Daily article, Moore shared an article from The Advocate about Doug Jones's gay son being "thrilled" with his father's victory earlier this month. 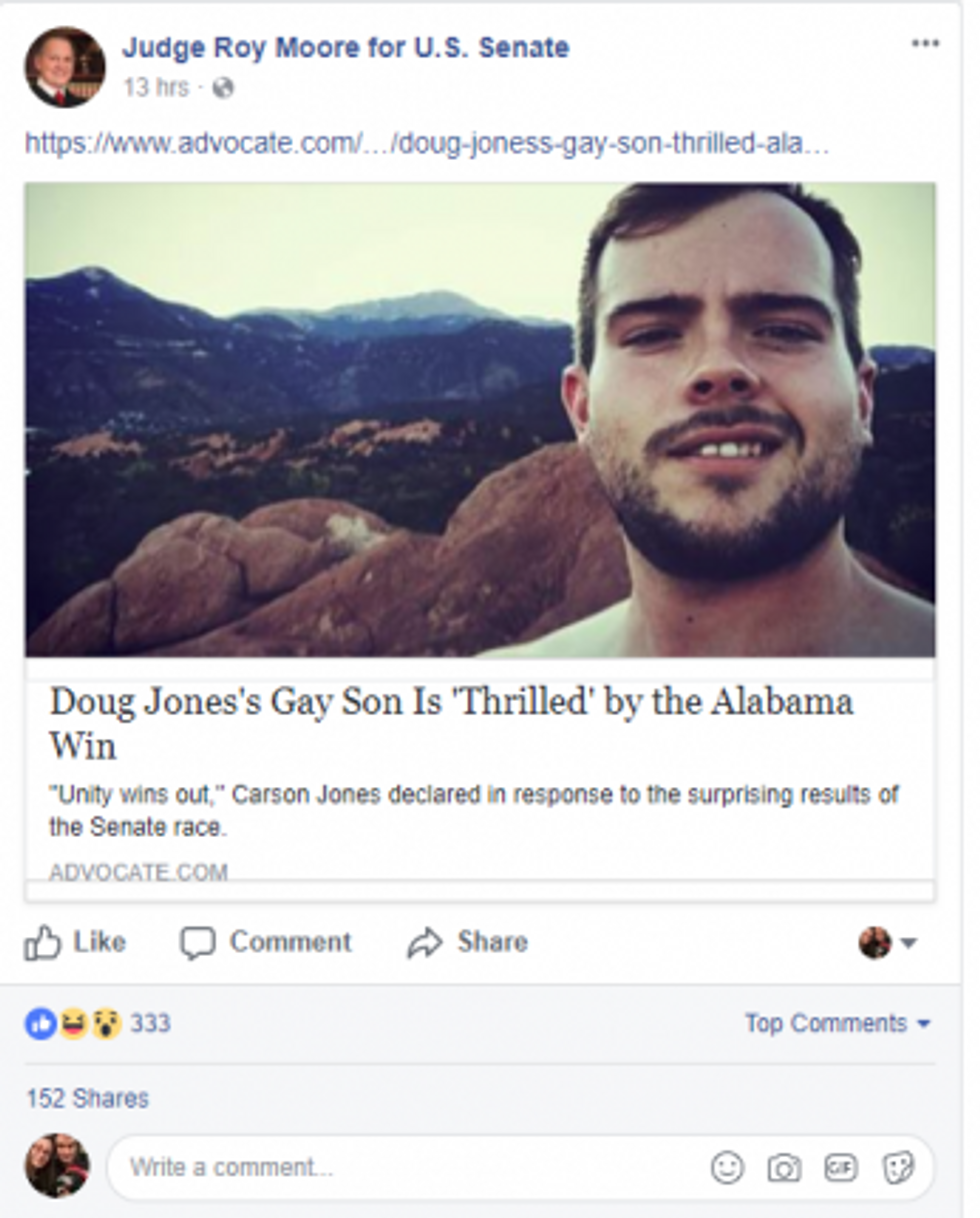 "Shame they slander a great Alabamian Judge Moore and then the sick left winner shows its perversion," wrote one.

"Obviously Jone's (sic) was an absent father for his son to be a homosexual, if the election continues as is he won't be much of a Senator either," wrote another.