Sanders chokes as Hallie Jackson grills her on Moore: Are Dems worse than someone who 'sexually abused a teen?' 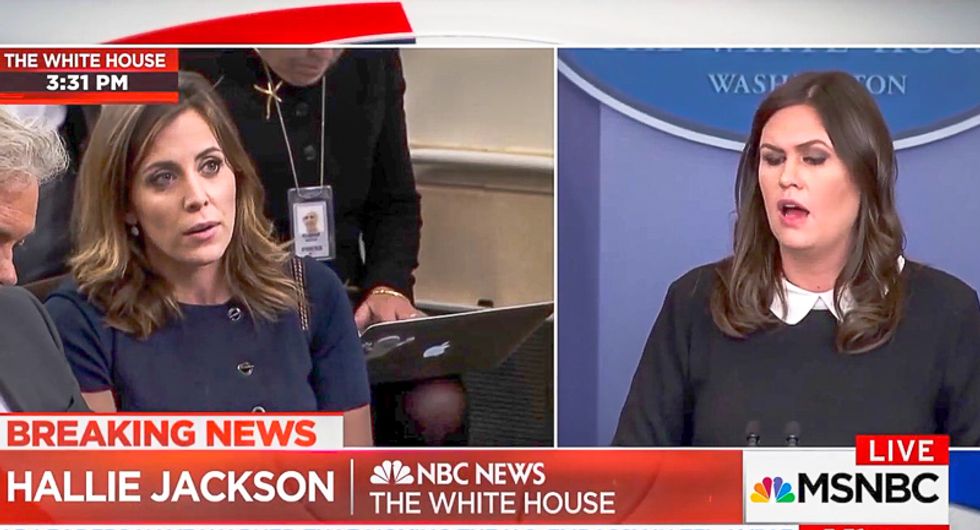 "Is it worse to have a Democrat in that Senate seat than someone who is accused of sexually abusing a teen girl?" Jackson asked.

"We find the allegations to be troubling," Sanders admitted, searching for words.

"But why endorse [Moore]?" Jackson pressed.

"Look, I think those are different things in terms of -- we aren't going to be the ones to determine that process," Sanders insisted. "That's going to be for the people of Alabama to determine what those things come down on."

"[Trump] does want people who support his agenda," she added. "He's not going to obviously support a Democrat. I think that if that's our standard then we need to look at a number of members of Congress that have had allegation brought against them."