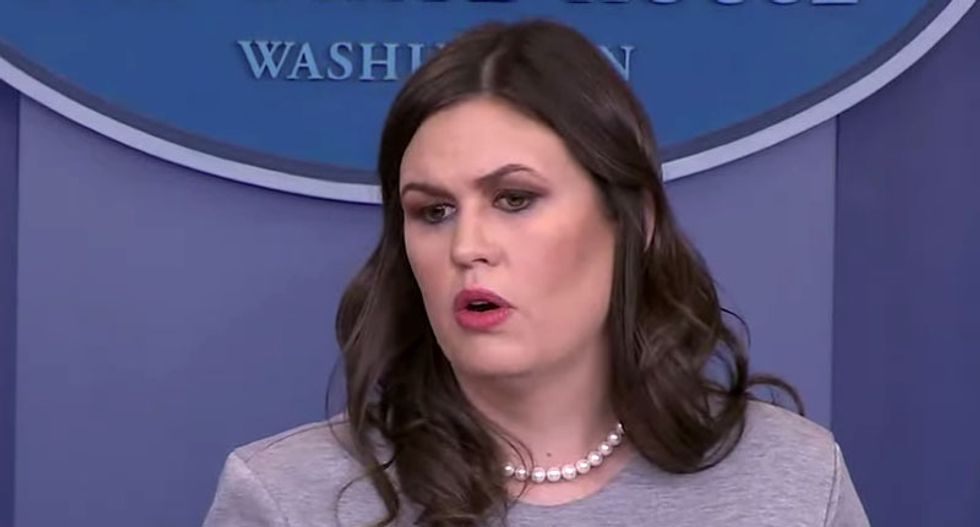 During a press briefing, CBS News' Major Garrett noted that a reporter had asked on Monday "when the president became aware that Michael Flynn lied to the FBI."

"You referred her to [attorney] John Dowd and John Dowd is not engaging on that," Garrett said. "That is a knowable fact in this building. It is not a legal matter... can you just tell us when the president became aware?"

"Well, the attorneys feel differently," Sanders replied. "They feel this is a question that should be answered by them and I'll encourage them again to respond."

"Why is it a legal question for them?" Garrett shot back. "Not about something the president knew and when he knew it?"

But Sanders again refused to answer, saying she hoped Dowd would follow up on the question.

Bloomberg correspondent Shannon Pettypiece said she asked Dowd after the briefing, but was told he could not provide comment.