Sen. Angus King: Impeachment is an 'intermediate step' before Trump goes to prison for obstruction 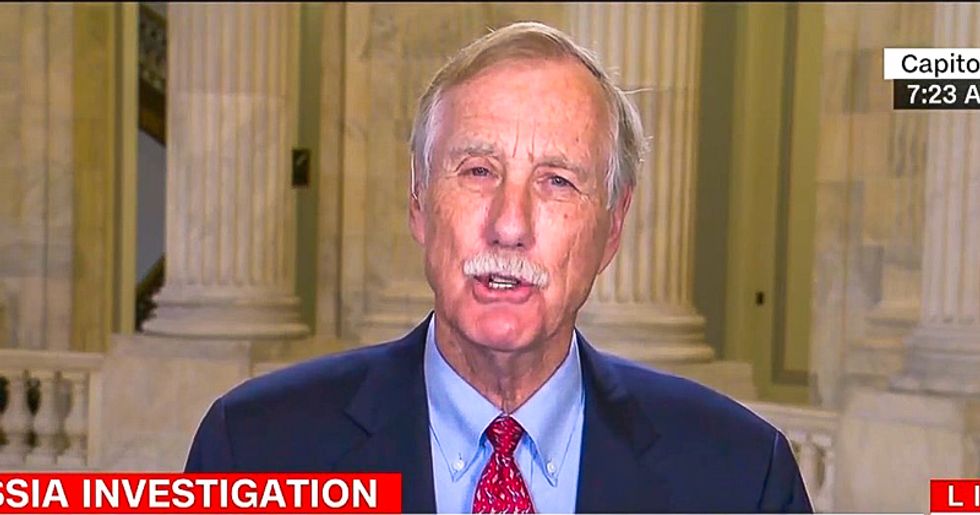 Sen. Angus King (I-ME) said on Tuesday that impeachment is an "intermediate step" that Congress must take before President Donald Trump could be sent to prison for allegedly obstructing justice.

Speaking to CNN's Poppy Harlow, King said that he had not yet reached the conclusion that Trump obstructed justice when he admitted firing FBI Director Jame Comey to end the investigation into Russia's interference in the U.S. election.

"[Trump's] lawyers have asserted nothing he does is illegal, that's the Nixon defense," King noted. "But I think what they're missing, there's a two step process."

According to the senator, the country's founders believed that a president "can be liable to prosecution in the ordinary course of the law" after being impeached.

"So, the intermediate step here is impeachment," King said. "And that's a question that Congress will have to decide."