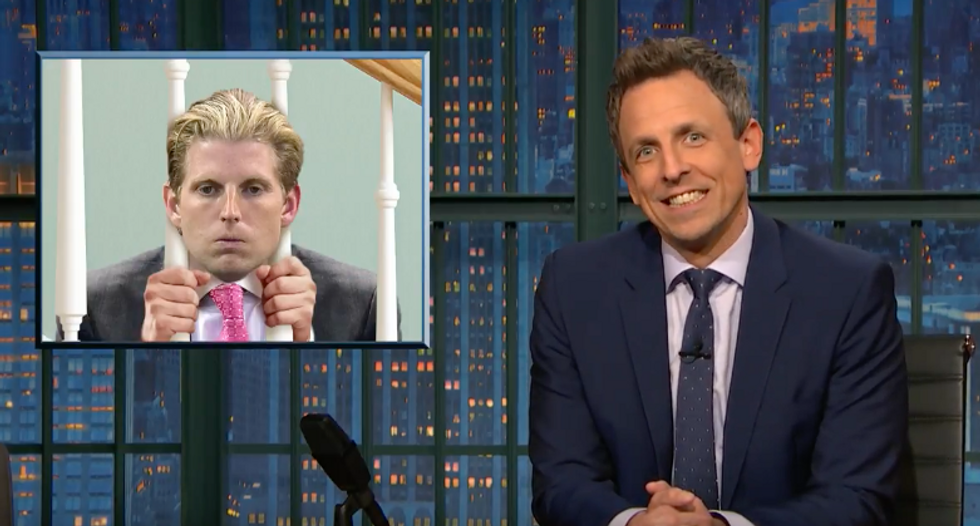 Of all the revelations from Donald Trump, Jr.'s marathon congressional hearing on Wednesday, Late Night's Seth Meyers managed to tease out an unreported tidbit.

"Yesterday, the House Intelligence Committee the president's son Don Jr. for nearly eight hours," Meyers said. "He was in there so long, his hair gel gave out."

"Eight hours! Think about how dangerous that is! That means for eight hours, Eric was unsupervised!" the host quipped, referencing joking allegations that Eric Trump is "the stupid one" in the Trump family.

Watch the "Closer Look" segment below, via Late Night.