Shep Smith: Trump ‘under siege’ so GOP is ‘programming’ followers to think the FBI ‘are the bad guys’ 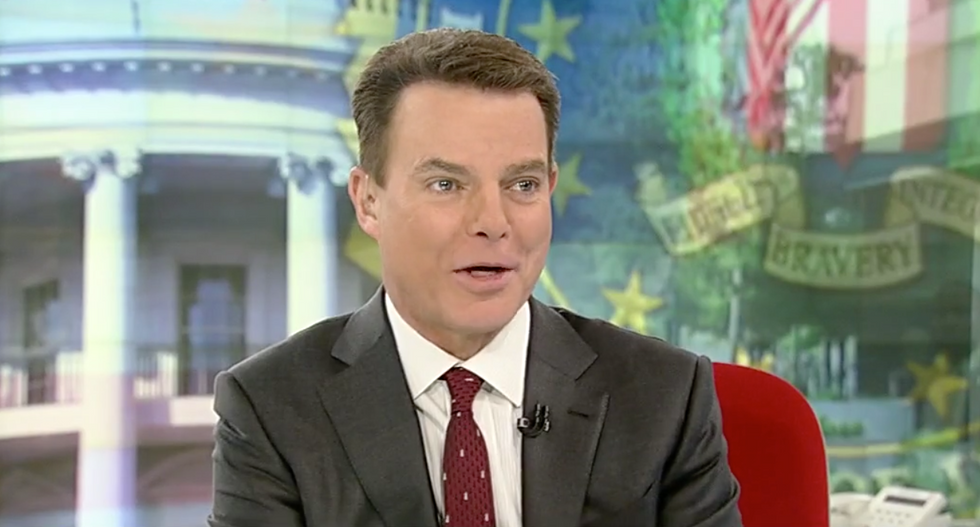 Fox News’ Shep Smith on Thursday reacted to FBI Director Christopher Wray’s testimony before the House Judiciary Committee, noting Republicans on that panel appear to be attacking the FBI for political motivations.

Wray defended the FBI before the committee, just days after Donald Trump declared the bureau is “in tatters.” At the same time, Republicans hammered Wray on reports that special counsel Robert Mueller reassigned an agent from the Russia investigation after learning about anti-Trump messages.

Smith noted Trump-backers have declared that “it’s the FBI’s fault” Flynn was indicted.

“It feels that this is heavily informed by the Russia investigation which is putting pressure on the president,” Bussey said of the president’s attempts to delegitimize the FBI and Republicans’ line of questioning during Thursday’s hearing.

“No questions about the Russia investigation from the Republicans,” Smith noted.

“You’re allowed to say your own political views in private or in public, as far as the FBI rules are concerned,” Bussey explained. “Mueller went the extra step to boot him off of the group that is investigating whether or not there was collusion between the Trump campaign and Russia during the election … to make sure there wasn’t even the appearance of conflicts.”

“Which led the congressmen to say, ‘well then there’s gotta be something there,’” the Fox News host said.

Shep added the GOP’s programming appears to be working “quite efficiently.”