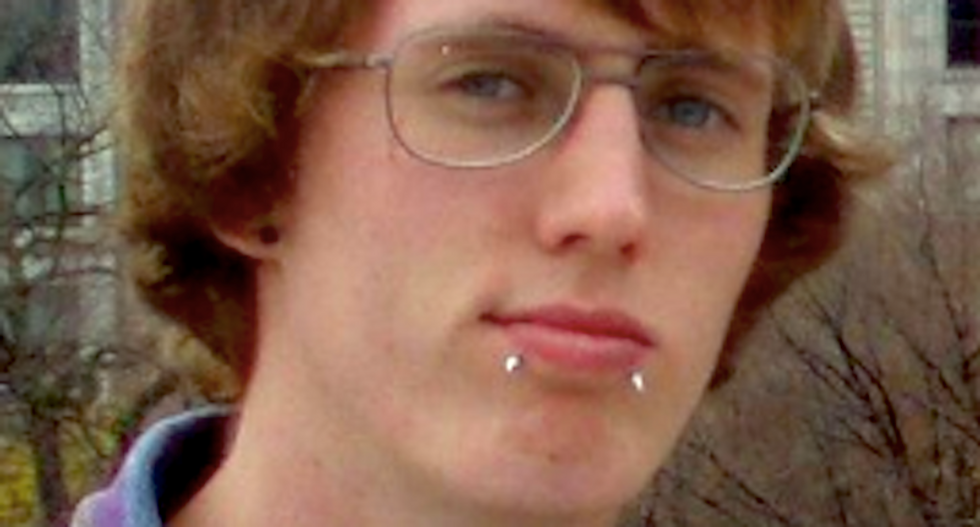 Police officers watched an 18-year-old Texas man undergoing a bad trip on LSD bang his head repeatedly but did nothing to stop him before he died -- and then tried to prevent the man's parents from finding out what happened.

Mesquite police found Graham Dyer pounding his head on the ground outside a middle school Aug. 13, 2013, and he died the following day in police custody, reported the Austin American-Statesman.

Witnesses reported seeing Dyer ramming his head into a building earlier, and a friend told police the young man was experiencing a negative reaction after taking psychedelic drugs.

Dyer was handcuffed and loaded into the back of a police car, where he continued pounding his head into any available surface 19 times.

Halfway to the jail, police said they pulled over and tried to calm Dyer down -- and one officer shocked him on the testicles with a Taser.

The police continued driving Dyer to jail, without a medical observation and without using additional restraints -- and he banged his head against the patrol car's interior another 27 times.

Offices unloaded Dyer -- his hands cuffed and his legs bound -- onto the floor at the city jail, where they then watched him bang his head against a concrete pad.

Despite watching Dyer pound his head about 50 times while in their custody, police didn't alert jail staff or call for a medical evaluation at the jail.

A guard noticed Dyer unresponsive in his cell about two hours later, and he died the following day at a Dallas hospital.

His death was ruled an accident due to self-inflicted blunt-force trauma.

Kathy and Robert Dyer's efforts to seek justice for their son has been thwarted at nearly every turn by the police department's refusal to turn over records related to the young man's death.

Police cited a Texas law stating law enforcement agencies aren’t required to release records in cases that don’t result in a conviction, and the city argued those records could be withheld because Dyer had died before his case could be heard.

Without those documents, the couple's initial lawsuit was quickly dismissed.

State lawmakers failed to pass a bill this year that would have closed that loophole, the American-Statesman noted.

The Dyers were finally able to obtain videos from the arrest after asking the FBI to intervene, and while federal investigators decided not to bring a civil rights case against Mesquite police, the couple asked to see the records they reviewed.

Those came two years after their son's death, and the newspaper's reporting on those videos and other documents resulted in a new lawsuit that has been allowed to proceed.

The Dallas County District Attorney also found sufficient evidence to file criminally negligent homicide charges against Mesquite officers for shocking Dyer in the testicles and failing to restrain the disoriented man -- but the three-year statute of limitations had already passed.

All of those officers continue to work for Mesquite police.