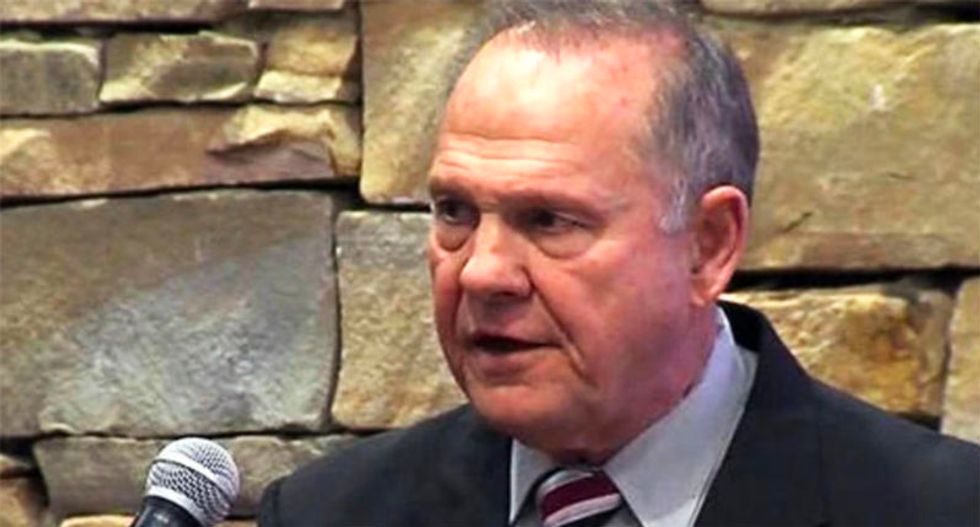 If we should change from a mixed aristocracy to mere democracy, first we should have no warrant in scripture for it: for there was no such government in Israel … A democracy is, amongst civil nations, accounted the meanest and worst of all forms of government.  [To allow it would be] a manifest breach of the 5th Commandment.” – John Winthrop, first governor of the Massachusetts Bay Colony

Tuesday night, after his surprising but solid defeat by Doug Jones, Roy Moore refused to concede.

But he didn’t concede. Moore’s short non-concession speech late Tuesday night was comprised almost entirely of a paraphase of Psalm 40. He attempted to prop up the sad and subdued crowd by saying:

But we also know that God is always in control. You know, part of the thing—part of the problem with this campaign is we’ve been painted in an unfavorable and unfaithful light. We’ve been put in a hole, if you will. And it reminds me of a passage in Psalms 40. I waited patiently for the Lord. That’s what we’ve got to do. And he inclined it to me, heard my cry, brought us out of a horrible pit out of clay and set my feet on the rock and established my goings and put a new song in our mouth. A hymn praising to our God. Many shall see it and hear it and shall be moved by that, if you will.

Moore is “waiting on God” to deliver the Senate seat to him despite his clear loss because he does not believe in the democratic process. He hates democracy as much as the Puritan John Winthrop, first Governor of the Massachusetts Bay Colony did. Winthrop knew that the Puritans were the new Israel, chosen by God for a special “errand.” His famous “City upon a Hill” language, itself taken from the Gospel of Matthew 5:14, and later cribbed by Ronald Reagan, comes from a letter he wrote on the ship Arbella just before coming ashore in New England. This letter was not a document touting the religious freedom and democracy the new colony would soon enjoy, but a description of the Puritans’ covenantal obligations to God and the wrath they could expect from this God if they disobeyed his strict and holy will.

Moore worships the same God. He was removed from the Alabama bench twice during his career as judge because of his fidelity to that God. First, in 2001 for installing and refusing to remove a massive granite monument of the Ten Commandments in front of the Alabama State Judiciary building, a clear violation of the establishment clause of the First Amendment and any number of Supreme Court cases. He was removed again last year for refusing to uphold federal law on same sex marriage, on the grounds that it was in violation of God’s law as found in the Old Testament.

Like Winthrop, Moore believes that the Old Testament should order American society, whether Exodus or Leviticus. The ancient Israelites in these societies either adhered, or they didn’t, to God’s covenant with him. The Chosen people did not live in democratic societies—the meanest and worst form of government—and neither should we.

In his Biblical non-concession speech on Tuesday, Moore confirmed what has been known about him all along. He and his supporters believe without question that he is a righteous man of God who has been specially chosen by Him to lead the nation out of the “pit” of moral depravity represented by reproductive freedom, marriage equality, and a society in which women are no longer accepting their status as objects to be used primarily for male sexual gratification. Democracy, the rule of law, and the Enlightenment principles upon which the Constitution is based are no match for Moore’s God, whose will trumps all election results, and will someday overthrow all human institutions, if the faithful are patient.

According to the laws of the state of Alabama, Moore lost the election Tuesday night, and whether or not he eventually demands a recount, he is likely to remain the loser. But his theocratic mindset has not been vanquished, and is shared by far too many American Christians whose idea of government resembles John Winthop’s disdain for democracy far more than it does the flawed idealism of the Founding Fathers.