'They literally own him': Wall Street expert explains how Russian banks could use Trump's debt as leverage 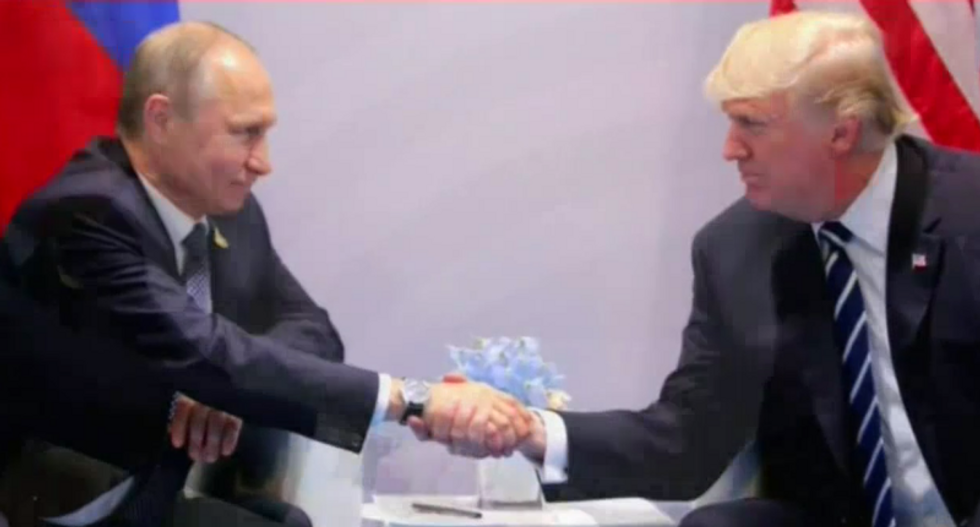 A noted Wall Street expert joined MSNBC anchor Ari Melber to discuss the implications of reports President Donald Trump may have had his debt sold to Russian interests.

"You can buy just about anything on the global markets these days," Melber noted. "And you can buy debt."

"What if Kremlin banks bought Trump's debt to get leverage over him?" Melber wondered

Melber read a quote from Reuters, which reads, "A U.S. official with knowledge of Mueller’s probe said one reason for the subpoenas was to find out whether Deutsche Bank may have sold some of Trump’s mortgage or other loans to Russian state development bank VEB or other Russian banks that now are under U.S. and European Union sanctions."

To explain the details, Melber brought on Bill Cohen, the Why Wall Street Matters author who has worked with three of the largest banks on Wall St.

"And then they literally own him," Melber replied.

"Literally. Donald Trump owes a Russian bank, which has not been disclosed on any of his financial disclosure forms," Cohen noted.

"We know Deutsche Bank is basically the only bank that will loan him money and now if they're on-selling his debt to a Russian bank, that's a stunning development," Cohnen concluded.

"Sometimes I wonder if this is a big, complex mystery or if it is right here in front of us," Melber noted, playfully dropping his notes onto the desk in front of him.