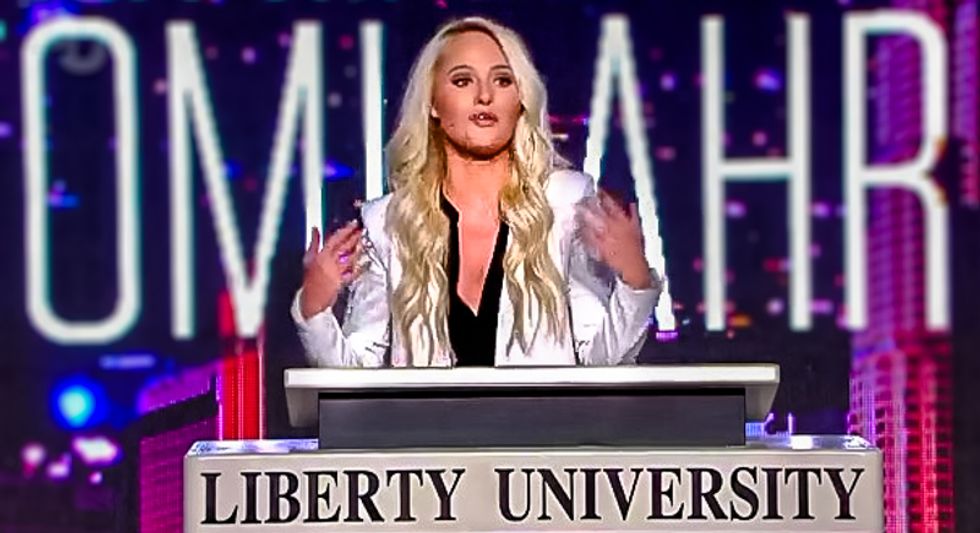 Fox News contributor Tomi Lahren warned on Monday that Americans could be forced to buy toilet paper on the black market if socialist policies take hold in the United States.

While speaking to students at Liberty University, Lahren railed against liberals and feminists for what she said was a policy of handing out "free stuff."

"These people are so funny to me, these Bernie Sanders supporters," she opined. "Besides the fact that sometimes they don't bathe. Beyond that, they tell me, like, 'Bring down the man. Bring down the 1 percent. Bring down the billionaires.' That's what they want and then they say they just want to make government a little bit bigger as if those in government are not profiting off of government."

"We might just end up with Bernie as a president if we do not pay attention and educate our Bernie supporters," Lahren opined. "They really do want what's best for this country, they just have a math problem."

According to the Fox News contributor, America has "these socialist apologists out there spreading this false utopian dream of free things for all."

"That's Bernie's socialist dream," she said. "No, thank you."

Watch the video below from Liberty University.