Trump lashing out at Kirsten Gillibrand reveals he is 'caged animal' gripped by fear: Dan Rather 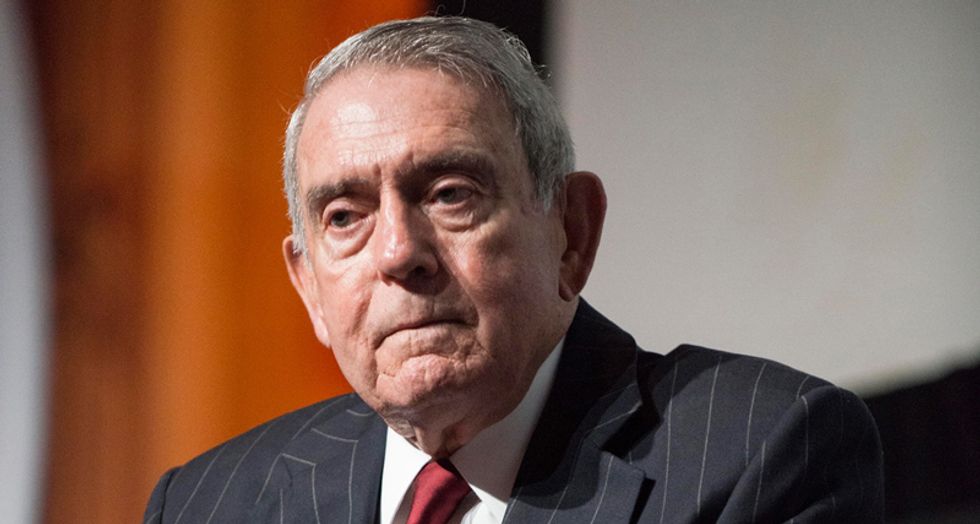 "Have you ever seen a caged animal pacing and baring its fangs?" Rather asked in a new Facebook post. "It is an unsettling sight as any movement or meeting of the eyes can induce a blood-curdling roar and you are left to wonder if those bars are strong enough to protect you from the wrath of nature."

"This image has been in my mind of late as I watch what seems to be the encircling forces ensnaring President Trump," Rather explained.

"As is his nature, Mr. Trump is lashing out - most recently at Democratic Senator Kirsten Gillibrand who called on him to resign. The President's tweet said the Senator 'would do anything for' campaign donations. This is disgusting and sexist rhetoric," Rather explained. "It is so far below the standards of human decency that no civil person should condone it, let alone normalize it."

Trump's polling weakness and the investigation by special counsel Robert Mueller have changed the political dynamics, which has resulted in a White House filled with fear.

"But I think that what we are seeing here is fear, a deep fear of a world closing in. After all fear is what an animal in a cage really is feeling. The opposition to President Trump is emboldened. It is clear that Democrats who are positioning themselves for a run at the Oval Office in 2020 - like Senator Gillibrand - feel that their path lies through calling out Mr. Trump, especially on his sexual harassment allegations," Rather explained. "Meanwhile Mueller keeps digging, and digging."

Rather believes that whatever happens in the Alabama special election today, Trump will haunt the Republican Party.

"There is a showdown in Alabama tonight. It is impossible to tell what will happen. But whatever the outcome, the Republican Party has become the Party of Trump. And they will have to wear that mantle in front of the American electorate likely for years to come," Rather concluded.