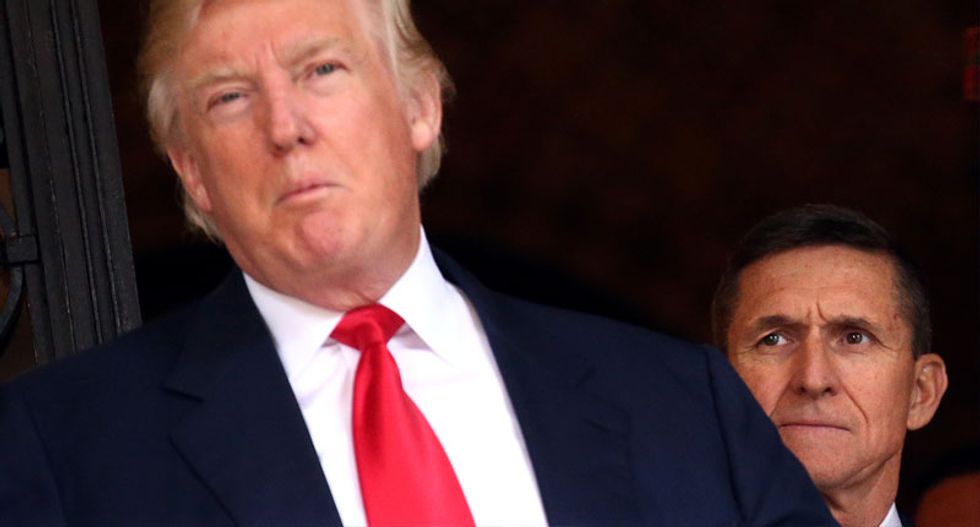 President Donald Trump said on Thursday he believes he will be fairly treated in a special counsel investigation into Russian meddling in the U.S. presidential election, but said he did not know how long the probe would last.

The federal investigation has hung over Trump's White House since he took office almost a year ago, and some Trump allies have in recent weeks accused the team of Justice Department Special Counsel Robert Mueller of being biased against the Republican president.

But in an interview with the New York Times, Trump appeared to shrug off concerns about the investigation, which was prompted by U.S. intelligence agencies' conclusion that Russia tried to help Trump defeat Democrat Hillary Clinton by hacking and releasing embarrassing emails and disseminating propaganda.

"There's been no collusion. But I think he's going to be fair," Trump said in what the Times described as a 30-minute impromptu interview at his golf club in West Palm Beach, Florida.

Mueller has charged four Trump associates in his investigation. Russia has denied interfering in the U.S. election.

U.S. Deputy Attorney General Rod Rosenstein said this month that he was not aware of any impropriety by Mueller's team.

Trump's lawyers have been saying for weeks that they had expected the Mueller investigation to wrap up quickly, possibly by the end of 2017. Mueller has not commented on how long it will last.

Trump told the Times that he did not know how long the investigation would take. "Timing-wise, I can't tell you. I just don't know," he said.

Trump said he thought a prolonged probe "makes the country look bad" but said it has energized his core supporters.

"What it's done is, it's really angered the base and made the base stronger. My base is strong than it's ever been," he said.

The interview was a rare break in Trump's Christmas vacation in Florida. He has golfed each day aside from Christmas Day, and mainly kept a low profile, apart from the occasional flurry of tweets.

He spent one day golfing with Republican Senator David Perdue from Georgia, who has pushed legislation to cap immigration numbers, and had dinner on Thursday with Commerce Secretary Wilbur Ross, an international trade hawk.

Trump told the Times he hoped to work with Democrats in the U.S. Congress on a spending plan to fix roads and other infrastructure, and on protections for a group of undocumented immigrants who were brought to the United States as children.

Trump spoke about trade issues, saying he had backed off his hard line on Chinese trade practices in the hope that Beijing would do more to pressure North Korea to end its nuclear and missile testing program. He said he had been disappointed in the results.

He also complained about the North American Free Trade Agreement (NAFTA), which his administration is attempting to renegotiate in talks with Mexico and Canada.

Trump said Canadian Prime Minister Justin Trudeau had played down the importance of Canadian oil and lumber exports to the United States when looking at the balance of trade between the two countries.