Trump spends 4 to 8 hours a day ‘marinating in the no-holds-barred wars of cable news’: report 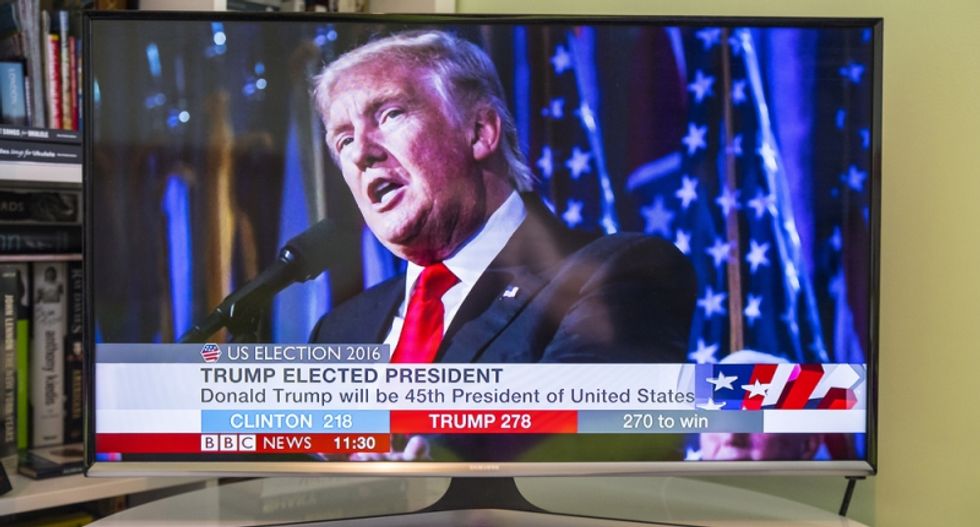 President Donald Trump spends more than four hours a day in front of a television showing cable news, according to an in-depth New York Times report.

"Around 5:30 each morning, President Trump wakes and tunes into the television in the White House’s master bedroom. He flips to CNN for news, moves to 'Fox & Friends' for comfort and messaging ideas, and sometimes watches MSNBC’s 'Morning Joe' because, friends suspect, it fires him up for the day," The Times explains of the president's daily routine.

"Before taking office, Mr. Trump told top aides to think of each presidential day as an episode in a television show in which he vanquishes rivals," The Times reported.

"People close to him estimate that Mr. Trump spends at least four hours a day, and sometimes as much as twice that, in front of a television, sometimes with the volume muted, marinating in the no-holds-barred wars of cable news and eager to fire back," The Times explained.

The story later notes that Trump usually gets only five or six hours of sleep each night.

Trump has even instituted a White House rule that he has perpetual dibs on the remote control.

"No one touches the remote control except Mr. Trump and the technical support staff — at least that’s the rule," The Times revealed. "During meetings, the 60-inch screen mounted in the dining room may be muted, but Mr. Trump keeps an eye on scrolling headlines. What he misses he checks out later on what he calls his 'Super TiVo,' a state-of-the-art system that records cable news."