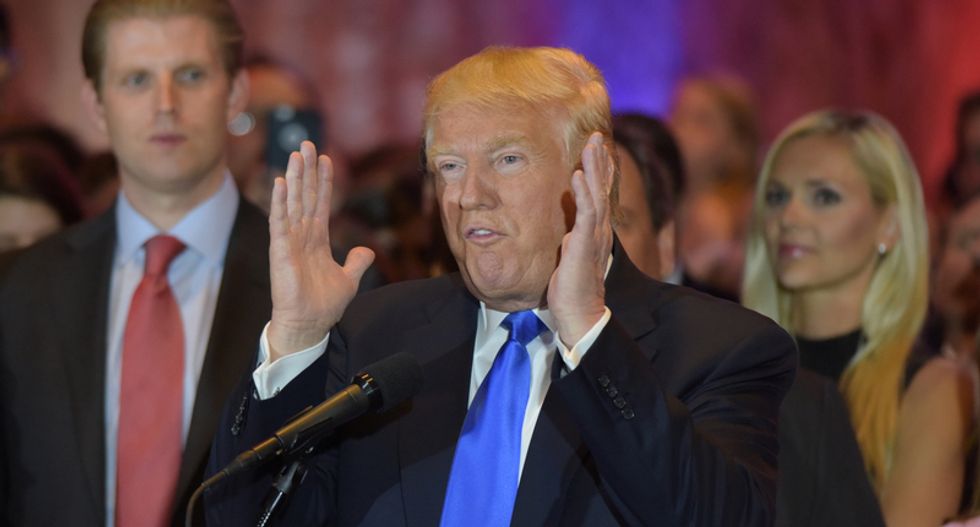 President Donald Trump posted an unusual rant about the United States Postal Service on Friday -- and encouraged it to jack up the prices it charges for Amazon packages it delivers.

"Why is the United States Post Office, which is losing many billions of dollars a year, while charging Amazon and others so little to deliver their packages, making Amazon richer and the Post Office dumber and poorer?" Trump asked on Twitter. "Should be charging MUCH MORE!"

Why is the United States Post Office, which is losing many billions of dollars a year, while charging Amazon and ot… https://t.co/fHKlK5bmUe
— Donald J. Trump (@Donald J. Trump) 1514552649.0

Trump's tweet seems to be in response to a "Fox & Friends" segment about Amazon that aired on Friday morning. The segment, which was about trends to watch in 2018, focused on Amazon's big bet on augmented reality technology as a way to make shopping even easier.

As outlined by Fox tech reporter Kurt Knutsson, the new technology will let you use augmented reality to virtually place objects you want to buy on Amazon inside images of your house so you can see how they look there.

Trump, however, may have had ulterior motives for encouraging the Post Office to raise prices on packages -- namely, it would hurt the bottom line of Amazon CEO Jeff Bezos, who also owns the Washington Post, a newspaper that Trump has regularly targeted for criticism by referring to it as the "Amazon Washington Post."