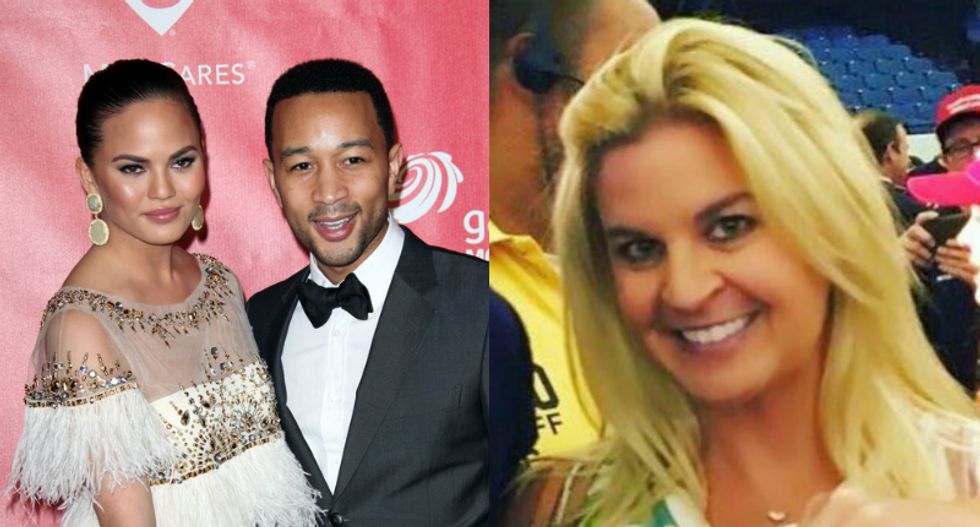 Twitter once again had to revoke the verification of a hard-right journalist and Pizzagate truther on Sunday after she accused celebrity couple Chrissy Teigan and John Legend of taking part in a Hollywood pedophile ring.

Gizmodo reported that Twitter un-verified right-wing journalist Liz Crokin after Teigan raised alarms Saturday about tweets that seemed to accuse the couple of participating in the "Pizzagate" pedophile conspiracy. The photos Crokin chose to add "evidence" of her claim were of Teigan and Legend's infant daughter Luna.

Alright. I debated saying something about this but I’m pretty disturbed over here. The fact that there are people w… https://t.co/tokYxN2mIa
— chrissy teigen (@chrissy teigen) 1514676892.0

Teigan proceeded to call out the social network for verifying Crokin — and it appears they responded by stripping her of that verification.

Thank you, Twitter, for verifying somebody who is esentially accusing me (with pictures of my daughter) of child ab… https://t.co/nhzp9rRE35
— chrissy teigen (@chrissy teigen) 1514677816.0

Later that night, Legend threatened a lawsuit against Crokin for her defamatory claims, and noted that truthers "almost got someone killed with your Pizzagate bullsh*t," an apparent reference to the North Carolina man who fired an assault rifle inside a Washington, D.C. pizzeria after learning of the conspiracy theory.

Y’all almost got someone killed with your Pizzagate bullshit. Stop now. You’re not saving anyone from anything. https://t.co/lGVKzTHBVr
— John Legend (@John Legend) 1514693845.0

Crokin claims in her Twitter bio that she has been "censored" by the mainstream media for covering Pizzagate. On Sunday, she tweeted that she didn't accuse Teigan and Legend of anything and "can't control" how her followers responded.