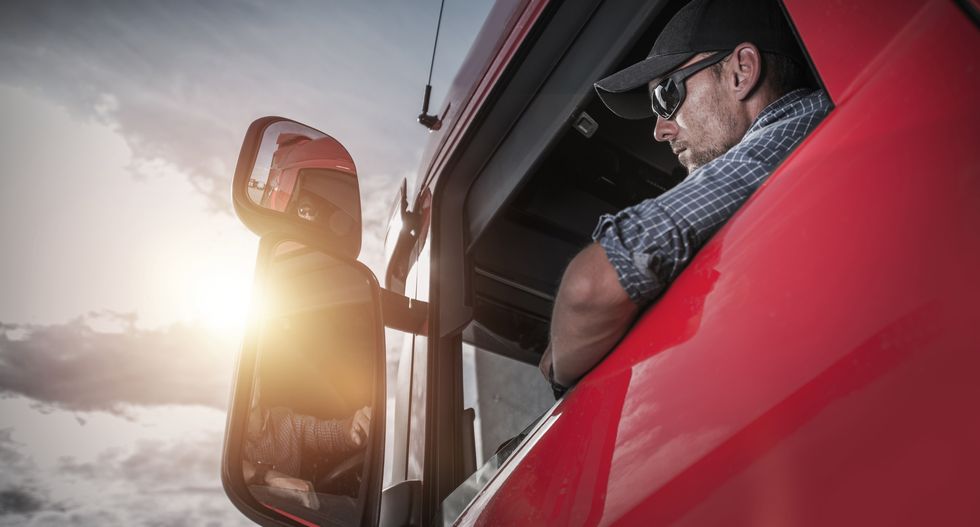 "Caucasian trucker prepares for his next destination" (Shutterstock)

The former president of Pilot Flying J— the largest seller of diesel fuel in the U.S—used racial epithets and disparaging remarks about women, Cleveland, Ohio, and the Cleveland Browns in a series of recordings, a judge said Thursday.

Collier, who is black, said jurors would be able to read the recordings as part of an ongoing fraud case against the former president and three other former employees who are accused of plotting to scam trucker companies of $92 million.

Fourteen former members of the company’s sales department have already pleaded guilty to involvement in the scheme. The recordings were made by a former company salesperson who was cooperating with the FBI.

“Mr. Hazelwood’s utterances are beyond the pale,” Collier said, according to Knox News. “Several subordinates of Mr. Hazelwood were present. Mr. Hazelwood was in a position of authority over them.”

“If it became known the president of Pilot engaged in vile, despicable, inflammatory racial epithets against African Americans, this could lead to boycotts and protests,” Collier said.

In a statement, Pilot Flying J condemned the former president’s words, describing the revelation as “saddening and troubling.”

“The tapes described in court today, recorded over five years ago and involving former sales representatives of Pilot Flying J, are saddening and troubling,” the statement reads. “This kind of behavior is not acceptable, tolerated or reflective of the values of the company. No current team member of Pilot Flying J was present or participated in these conversations.”