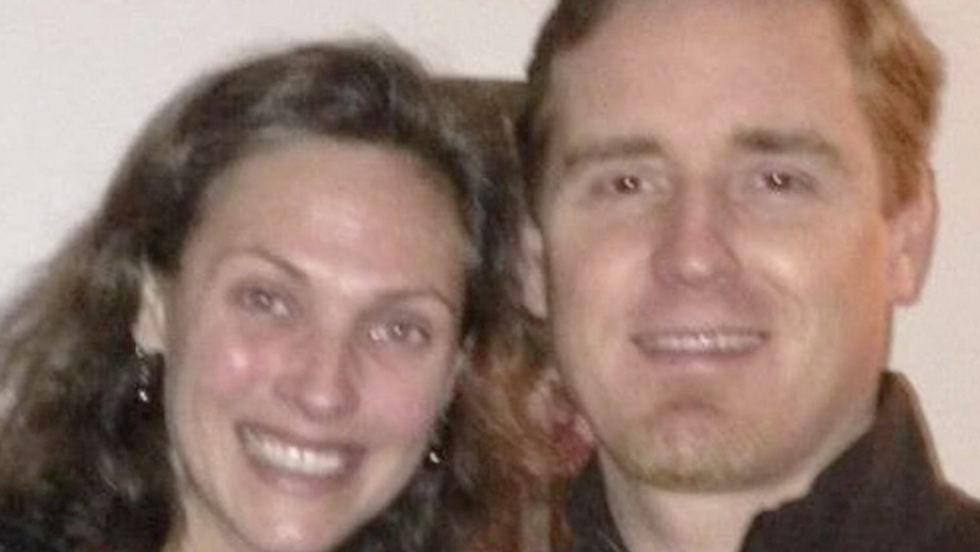 Buckley and Scott Kuhn-Fricker were murdered by their daughter's boyfriend, an 'outspoken neo-Nazi' (Screen capture)

A Reston, VA couple are dead and their daughter's boyfriend is in critical condition after the teenager shot them both and then himself because they refused to let their daughter date a neo-Nazi.

The Washington Post said that Buckley Kuhn-Fricker, 43, and her husband Scott, 48, were shot dead in their daughter's bedroom in the early morning hours of Friday, Dec. 22 and that the teen gunman turned the gun on himself, but survived.

Mrs. Kuhn-Fricker's mother Janet Kuhn told the Post that the family had deep misgivings about the boy their daughter was dating. Mrs. Kuhn-Fricker called the teen an "outspoken neo-Nazi" and friends and family say she had forced her daughter to break up with the boy in the days before the double murder.

"We can't allow her to see someone associated with Nazis," a friend who spoke on the condition of anonymity recalled Kuhn-Fricker saying. "We don't associate with hate groups in our house."

The two teens had been dating since June. The family became concerned when their daughter began to parrot pro-Nazi talking points like blaming Europe's Jewish population for World War II.

Mrs. Kuhn-Fricker -- a social justice activist who specialized in improving the lives of the elderly -- saw messages on her daughter's phone attributed to an online account believed to be operated by the teen boy, who the Post declined to name.

The concerned mom printed off copies of the messages, which "had retweeted missives praising Hitler, supporting Nazi book burnings, calling for 'white revolution,' making derogatory comments about Jews and featuring an illustration of a man hanging from a noose beneath a slur for gay people."

Late Friday night, the Kuhn-Fricker's were awakened by a noise in their daughter's room. They found the boy there brandishing a gun. An angry confrontation reportedly ensued, wherein the boy murdered both adults and shot himself.

Mrs. Kuhn-Fricker's final Facebook post, written when she believed she had permanently excised the disturbed teen from her family's life, said, "The only thing necessary for the triumph of evil is for good men to do nothing."

The quote is commonly attributed to Irish philosopher and statesman Edmund Burke.