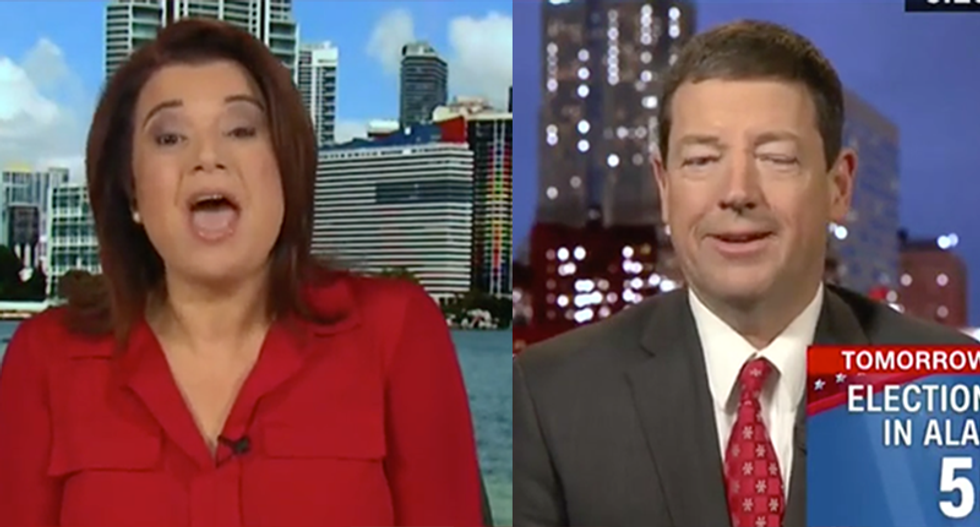 During a discussion about Alabama senate candidate Roy Moore, conservative Ed Martin turned the discussion to Ana Navarro personally. She wasn't having it.

Narvarro began by addressing Moore, but Martin turned to attack her after she alleged that the GOP candidate was a child molester.

“Almost every time you’re on with me, on TV, you make this about me," Navarro shouted at Martin as he smirked. "I never make it about you. Really, I barely know your name, I have no idea who you are, I never insult you.”

She continued saying that every time she comes on with him “you make it about me, this is not about me.”

Martin interjected to claim he wasn't making it about her.

“Ok let me get through my sentence will you!” Navarro talked over Martin.

“Decency and morality is name calling? No!” Navarro exclaimed. “Yes I know you smirk and you laugh and that’s your response.”