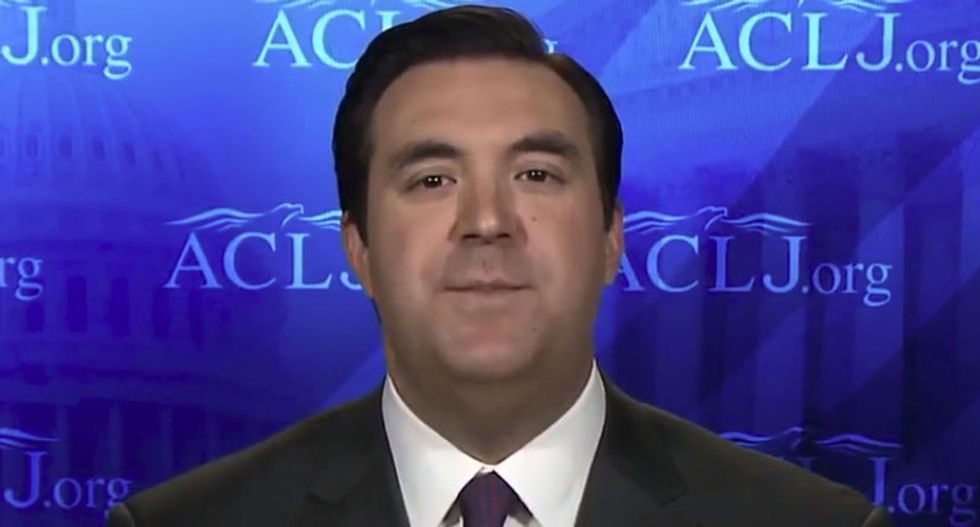 Jordan Sekulow appeared on Fox News on Friday to discuss new details about a meeting between former President Bill Clinton and then-Attorney General Loretta Lynch in 2016. But he ended up being forced to talk about charges facing Mike Flynn, a former top adviser to President Donald Trump.

Jordan is the son of Jay Sekulow, a personal attorney for Trump. He was on Fox News with host Bill Hemmer when news broke that Flynn was expected to plead guilty for lying to authorities about his contacts with Russian operatives.

"The charge is about making false statements," Hemmer explained. "So that could be what he is going to address at 10:30 a.m. eastern time -- the charge of lying."

"Yeah," Sekulow replied. "And I think that that could still work with the plea deal itself, it depends on who is taking him to court, whether it is the special counsel or another matter. But if it is the special counsel -- it should be under that jurisdiction -- then those false statements, it could be that he is being with them, that could then lead to, if it is correct, and we don't know if he actually does have a plea deal or not, but if it's correct that could be the catalyst against the actual plea deal."