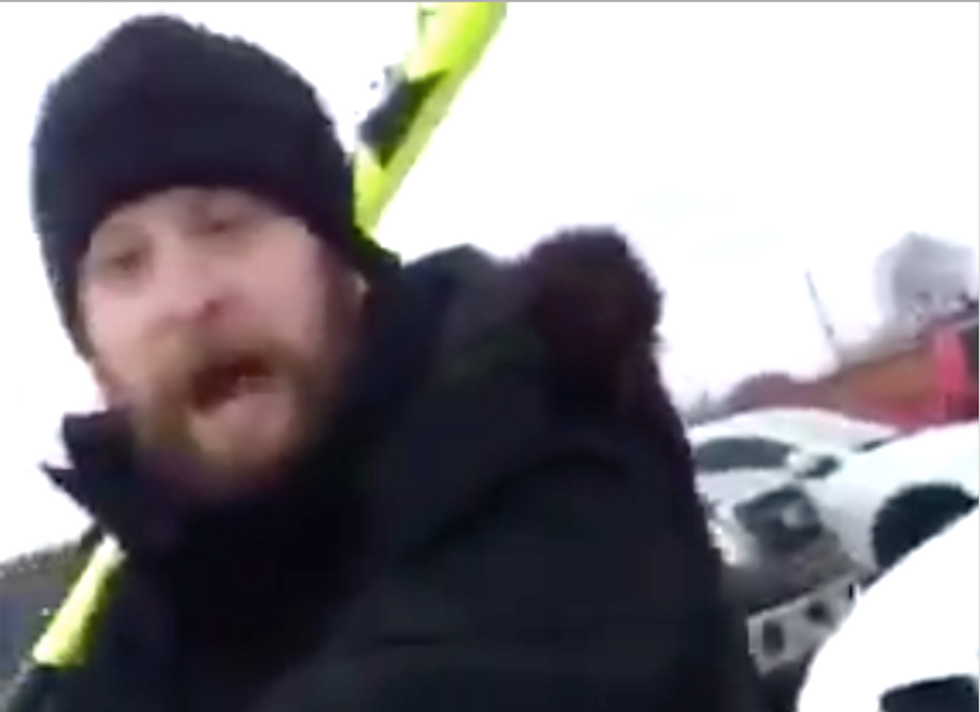 Man with bat in parking lot of Elgin Mall in St. Thomas, ON (Screen capture)

On Thursday, a man armed with a baseball bat attacked a family in the parking lot of the Elgin Mall in St. Thomas, Ontario, accusing them of being Islamic terrorists.

However, according to the Toronto City News, the family was from Colombia and were speaking Spanish as they made their way through the parking lot.

"We got terrorists here!" shouted the man -- who was later arrested at his home in London, ON. "ISIS!"

He swung the bat at the family several times, striking an adult male and cracking his ribs. He then fled the parking lot in a white BMW.

Police charged the 36-year-old attacker with aggravated assault and three counts of assault with a weapon. Officials said the attack "appears to have been racially motivated."