WATCH: CNN puts together a hilarious supercut of Trump sniffling and slurring through speeches 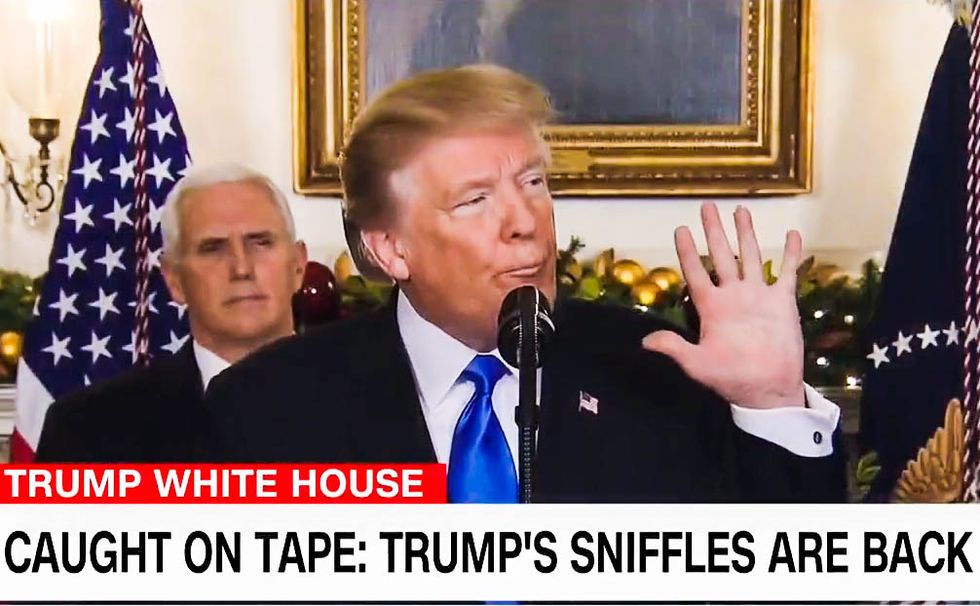 President Donald Trump's sniffle-and-slur-filled speech announcing his plans to formally recognize Jerusalem as Israel's capital drew widespread ridicule across the web -- but it's not the first time the president has encountered such problems when speaking publicly.

The video, which is narrated by Jeanne Moos, includes Trump's sniffles from both his Jerusalem speech and from past public speaking events such as his presidential debate in 2016 with Hillary Clinton.

Moos then notes that Trump has also started slurring his words recently, and she plays back-to-back clips of Trump slurring in his Jerusalem speech -- in which he referred to the United "Shtates" of America -- and during a November 15 speech.