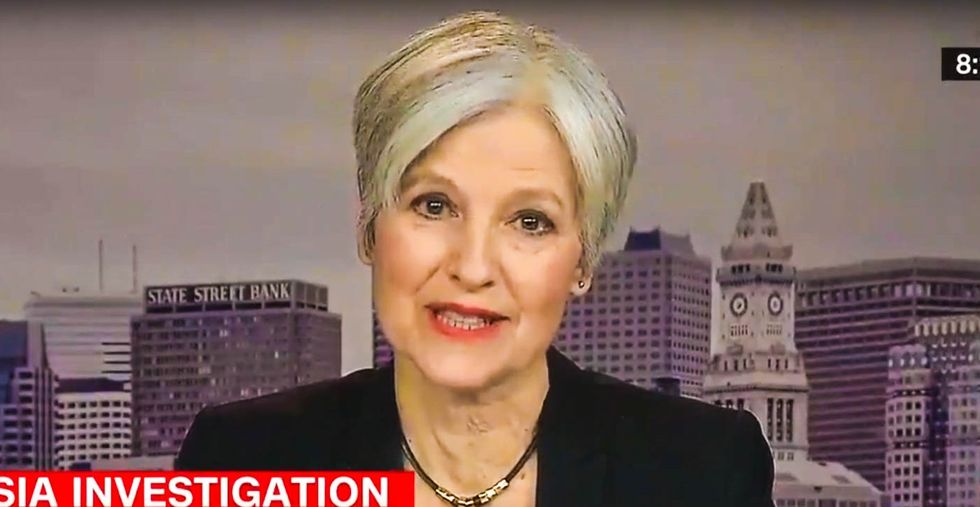 During the segment, Stein said that it was possible that Russia interfered in the 2016 presidential election, but said she couldn't say so definitively because she hadn't seen any evidence yet to back up that claim.

Camerota pressed Stein on this assertion by noting that there is broad consensus among both intelligence officials and lawmakers of both parties that Russia directly interfered to help President Donald Trump get elected.

"Just yesterday I spoke to Sen. James Lankford (R-OK) -- he's trying to pass legislation, a bipartisan legislation, because he's on the intel committee and the evidence is so overwhelming to him," Camerota said. "Let me just read to you what he says: Intelligence reports factually established that Russia hacked presidential campaign accounts and attacked a U.S. voting systems software company.' Why don't you believe the intel evidence that has been presented?"

Stein responded by saying that it seemed the intelligence agencies were just guessing.

"The intelligence agencies themselves say they assert this, and this is their opinion and they do not have the factual information," she replied.

Stein went on to argue that if the intelligence agencies have evidence that the public has not yet seen, they should release it now so that we don't go to war with Russia under false pretenses.