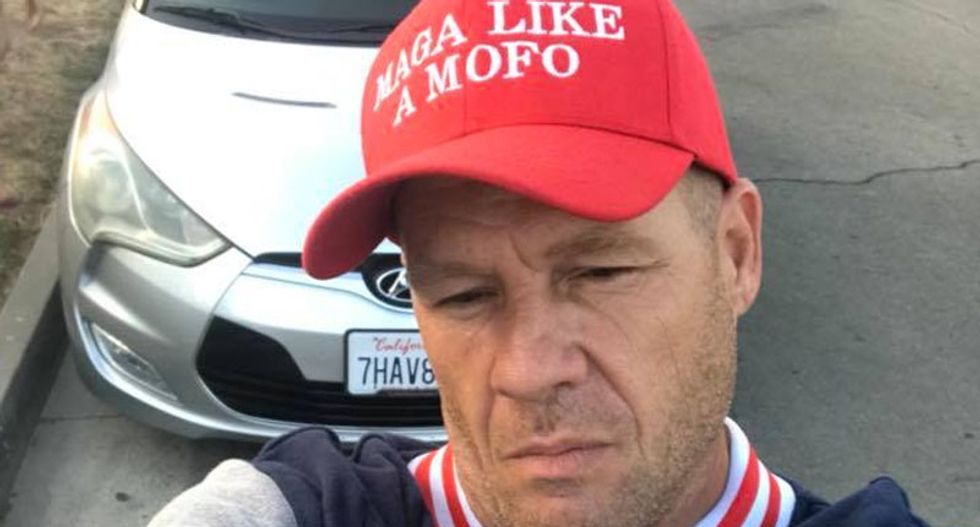 A video of Trump supporters being confronted for allegedly calling a 5-year-old Palestinian-American girl a “terrorist” is quickly going viral.

The video shows three Trump supporters, one man and two women, being confronted by a Palestinian-American woman, teenage boy and young girl on a street in California.

"You called my 5-year-old cousin a terrorist," the Palestinian-American woman, Rawan, says.

"Looks like one," the man, who has been identified as Johnny Turano, responds in the video. "It doesn’t matter what age you are."

"But this is America, we can say whatever we want," interjects Turano’s daughter, Bianca. "Freedom of speech."

Rawan, who recorded the incident, told Raw Story the confrontation occurred in Los Angeles on Sunday.

I was walking with my 5 year old cousin and these grown ass people started calling her a ‘little terrorist’. Yes they’re trump supporters pic.twitter.com/O1K9gCcTJt

Bianca can be seen taking her own video in Rawan's recording -- and that video was soon uncovered and shared online.

"You guys are terrorists, get out of here," Bianca can be heard saying, as Johnny tells them to suck his dick.

"If you hate America so much leave," Bianca tells them.

"I don't hate America -- I just hate [inaudible] f*cks like you," the boy yells back.

Johnny, who goes by the nickname "Based Spartan," told the Vanguard earlier this year that he regretted becoming involved in the so-called "alt right" movement after he began noticing his comrades were brandishing swastikas.