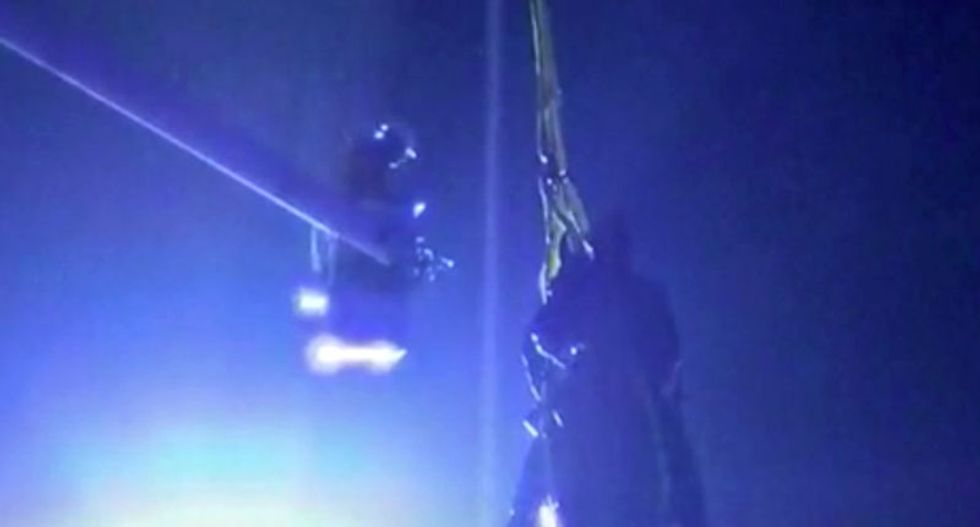 A worker attaches a crane to a statue of Nathan Bedford Forrest in Memphis, Tennessee.

The city of Memphis engaged in a "massive operation" on Wednesday to take down two controversial Confederate statues before the morning light, the Commercial Appeal reports.

The Memphis City Council first unanimously voted to sell two public parks to a private entity. Within minutes, Memphis Police Department officers had deployed to the sites of statues honoring Confederate General Nathan Bedford Forrest and Confederate President Jefferson Davis. Within one hour of the vote, Mayor Jim Strickland had signed the ordinance.

The sale of the parks was a legal mechanism to circumvent a decision by the Tennessee Historical Commission intended to prevent local governments from taking down the statues.

"Health Sciences Park and Memphis Park have been sold. Operations on those sites tonight are being conducted by a private entity and are compliant with state law," Mayor Strickland explained. "We will have further updates later tonight."

Watch live video of the statues come down: