WATCH: Sarah Huckabee Sanders' own words come back to haunt her at White House press briefing 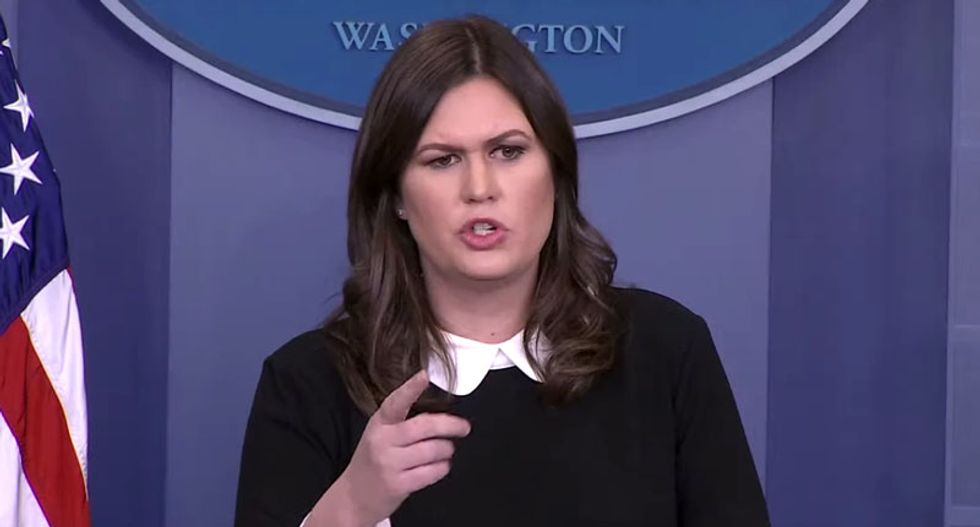 White House press secretary Sarah Huckabee Sanders was confronted with her own past remarks on Tuesday.

During a press briefing, a reporter noted that Sanders had said over a month ago that the investigation led by special counsel Robert Mueller would be wrapping up shortly. But since that time, two Trump aides have pleaded guilty in the probe into Russian interference in the 2016 election.

"I think it was about five or six weeks ago that you indicated from that podium on a few occasions that you believed the White House believes that Mueller's investigation will be wrapping up shortly," the reporter said. "Since that time we have seen a very high level aide to the president -- a former aide to the president, a former national security adviser -- has entered a plea deal with the special counsel's office."

But Sanders insisted the investigation was still on the verge of wrapping up.