Watch Steve Bannon's walk of shame after Moore loss as reporter asks: 'Isn't this a huge defeat for you?' 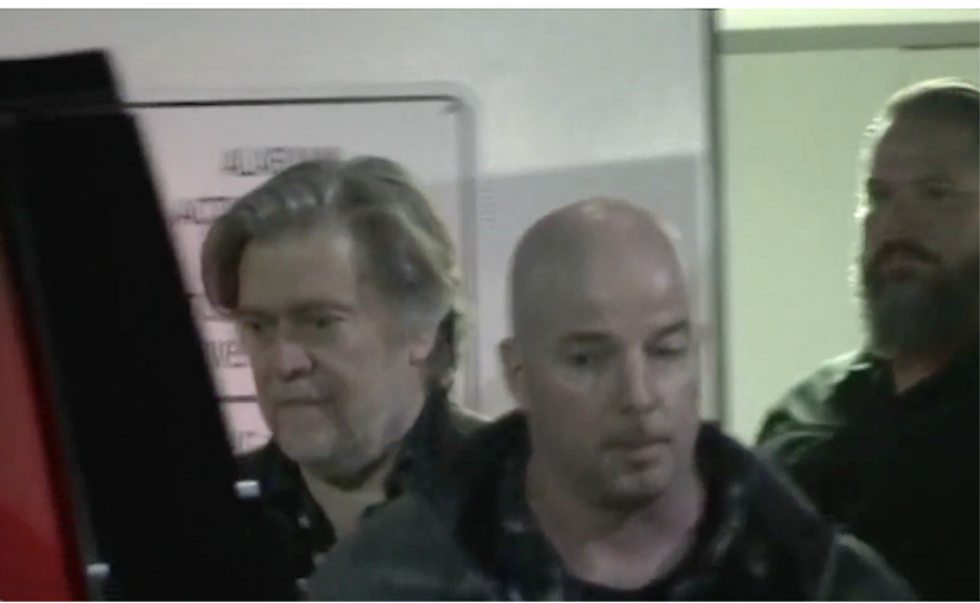 In the early hours of Wednesday morning, MSNBC's Lawrence O'Donnell treated himself and viewers to a king-sized helping of schadenfreude over Roy Moore's stunning loss in Alabama.

The only thing that seemed to delight O'Donnell more than Moore's loss was the stinging humiliation this will ultimately prove to be for Breitbart.com CEO and former White House chief strategist Steve Bannon.

"We now have the video of Steve Bannon tonight, his first reaction to this huge defeat for Steve Bannon personally," O'Donnell said. "The only hint I have for you before you see it is that Steve Bannon is speechless."

In the short, clip Bannon hustled, stone-faced, into a black Cadillac Escalade as a reporter called out, "Mr. Bannon, isn't this a huge defeat for you?"

Moore was the flagship candidate in Bannon's "war" on the Republican establishment. After his humiliating ouster from the White House staff, Bannon declared that his mission would be to unseat as many mainstream Republicans as possible and replace them with more ideologically extreme candidates like Moore.

O'Donnell played the short clip of Bannon twice more and then again at the end of his program.