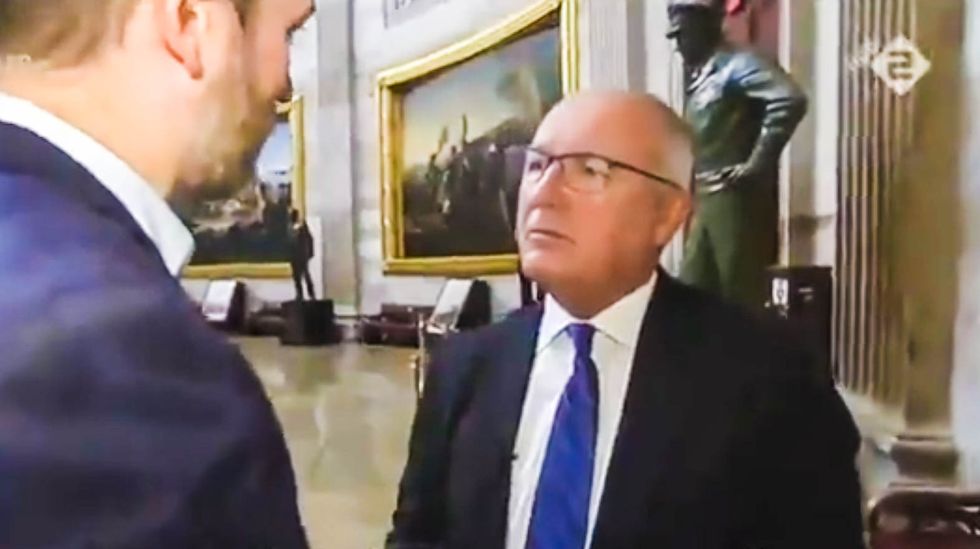 Pete Hoekstra, the man chosen by President Donald Trump to be America's ambassador to the Netherlands, was busted blatantly lying about his past statements by a Dutch journalist this week.

During an interview with Dutch reporter Wouter Zwart, Hoekstra was asked about past statements he'd made in 2015 about Muslims in the Netherlands setting fire to politicians and creating "no-go zones" within cities where Dutch police are too frightened to enter.

Hoekstra initially tried to deny ever making such statements.

"I didn't say that, that is actually an incorrect statement," Hoesktra insisted. "We would call it fake news. I never said that."

After playing the clip, Zwart confronted Hoekstra with his falsehoods.

"You called it 'fake news,'" the reporter pointed out.

"I didn't call that fake news," Hoekstra defensively replied. "I didn't use those words today... I don't think I did."

Dutch journalist to new US Ambassador: you said there were 'no go zones' in Netherlands, where are they?

Journalist: We can show you that clip now.