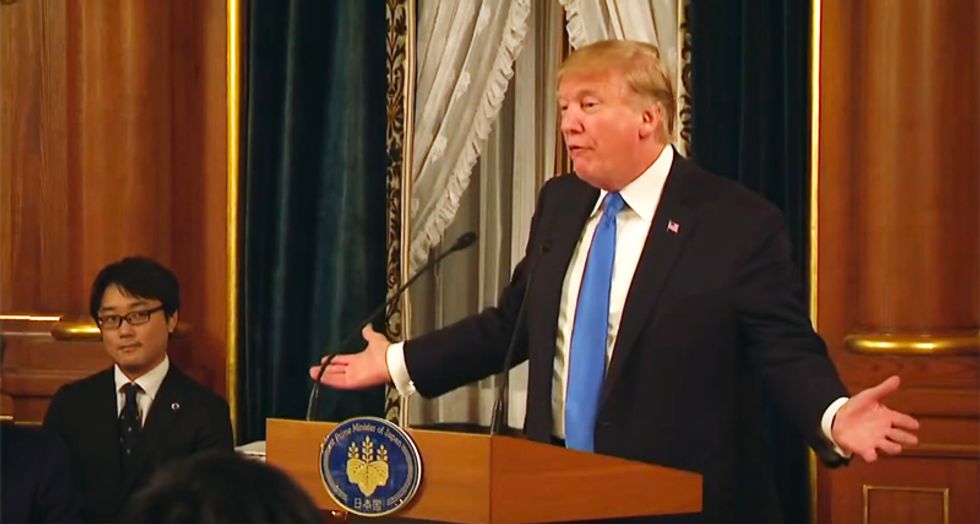 President Donald Trump on Thursday delivered a rambling tribute to World War II veterans in which he boasted of his administration's purported efforts to build up America's military, while simultaneously describing the Japanese attack on Pearl Harbor as a "pretty wild scene."

During Trump's address, he told one vet that the military is being built up more powerfully than ever before, whereas the Obama administration allegedly left the military "depleted."

"We are building up the military beyond what you ever thought," he said. "We got depleted. You know what happened over the last, quite long period of time. Not with us. Our budget will be higher than ever before. We're building that up again."

Trump then paid tribute to Pearl Harbor vet George Blake, whom he described as standing "ready to repulse a feared invasion" in 1941.

"That was a pretty wild scene," Trump said of the Pearl Harbor attack. "You'll never forget that."