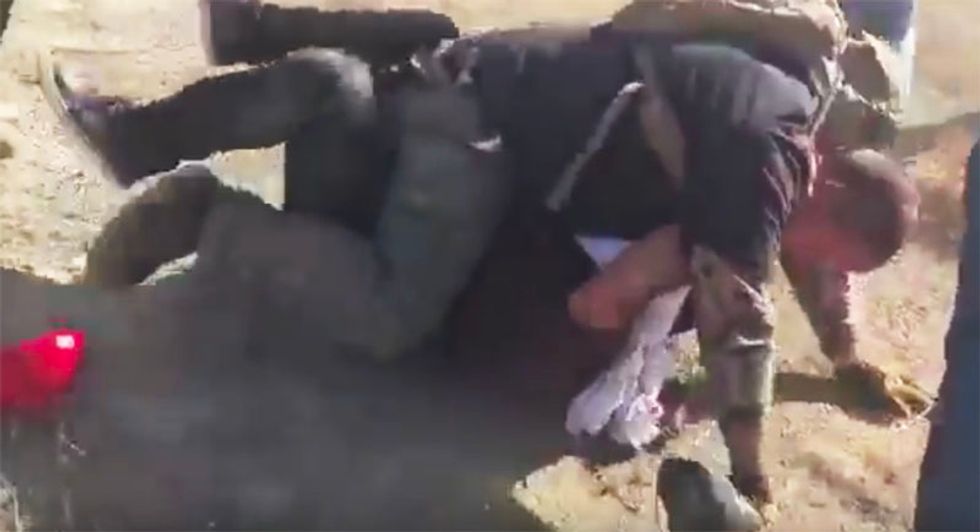 Fans of President Donald Trump's wall and immigration activists clashed near the U.S.-Mexico border in San Diego on Saturday afternoon, with flagpole- wielding anti-immigration supporters using their flag poles and metal batons to beat the counter-protesters.

According to News8 San Diego, the rally had been planned by members of San Diegans for Secure Borders, Unite America First, Frontline America, San Diego Patriots, Latinos for Trump and Make America Great PAC using Facebook to arrange the meet-up.

While embattled wall-supporter tRep. Duncan Hunter (R-CA) signed autographs for some of the crowd, counter-protestors chanted  "Racists go home!" which led to a physical confrontations between the two groups.

The report states that words were exchanged leading to one wall supporter throwing a punch and then skirmishes broke out in several spots, until local police moved in and separated the two groups.

You can watch multiple videos taken at the event below: