'It's more of a registry': SNL's Santa and an elf get asked whether Roy Moore is on the 'nice' or 'naughty' list 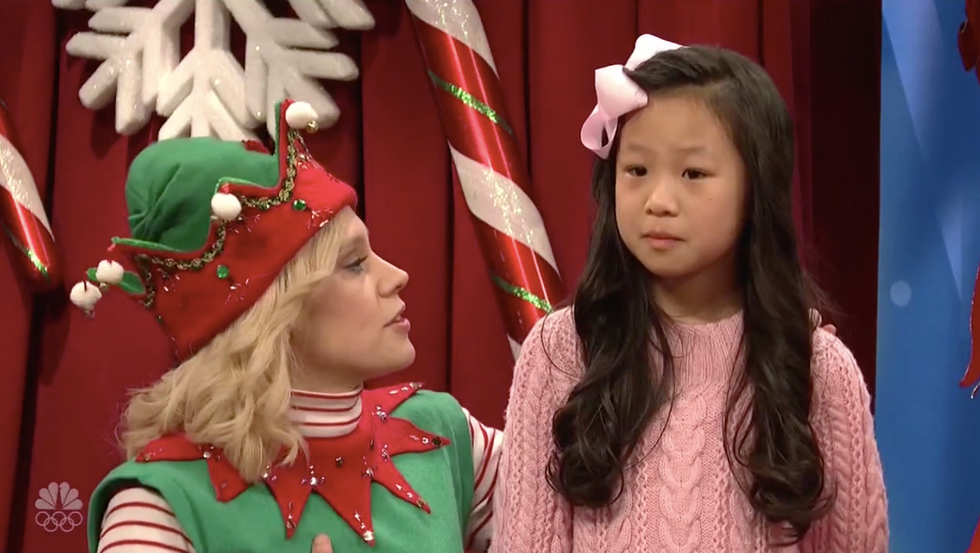 This week, on "Saturday Night Live," cast member Kenan Thompson appeared as a beleaguered mall Santa and Kate McKinnon as an elf -- both of whom are faced with kids asking some very grown-up questions.

"It's more of a registry," said McKinnon.

Thompson asked one boy if he wants a new toy.

"Oh, you mean 'toy' like the one Matt Lauer gave his coworker?" the boy asked eagerly.

"Where they hell do they get these kids from?!" Thompson demanded.

One little girl named Jenny said she didn't want any gifts, but that she just wants "everything to be okay."

McKinnon tried to console her, saying that ultimately the "good people" in the country will make sure everything does in fact turn out okay.

"Okay, good," Jenny said. "But just in case, I'm putting all my money in Bitcoin."