'What would motivate her?' Fox asks Lewandowski why Joy Villa says he groped her -- and he refuses to deny it 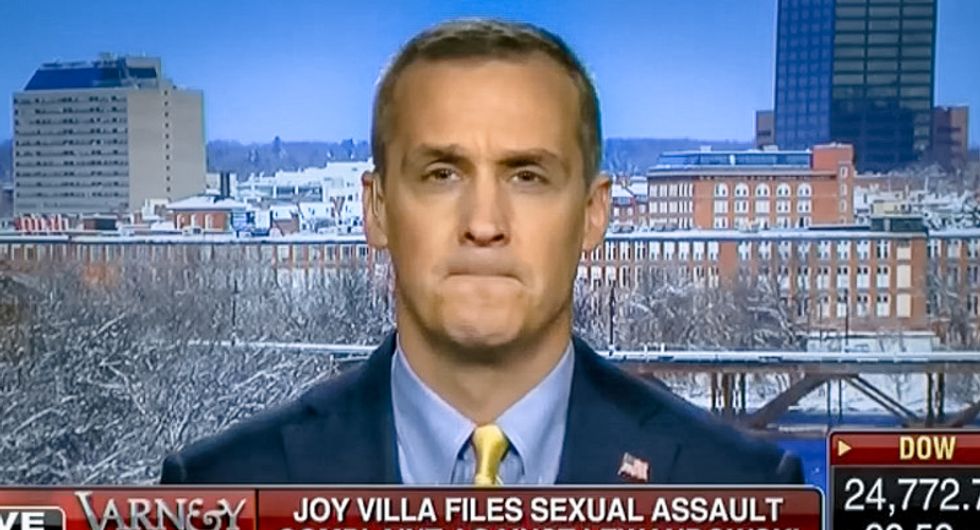 Politico first reported last week that Villa alleged that Lewandowski had inappropriately touched her at a November party to celebrate Trump's first year in office.

“I’m wearing this silver suit and stretchy pants, and after the photo, he smacks my ass really hard,” Villa recalled. “It was completely demeaning and shocking.”

After Villa threatened to report him for "sexual harassment," Lewandowski reportedly replied: "Go ahead, I work in the private sector."

"Then he smacks my ass again," the singer explained.

During an interview with Fox Business host Charles Payne, who has also been accused of sexual harassment, Lewandowski declined to deny the allegations.

Proceeding under the apparent assumption that Villa had concocted the charges, Payne wondered: "What would motivate her?"

"She says she has at least two witnesses," Payne reminded his guest.

"That's a question for her," Lewandowski punted. "I'm not here to speak for Joy. What I am here to do is to speak for me. And what I am going to do is to let the process play forward just as you did with your accusers of sexual harassment in your own case."

Watch the video below from FBN.