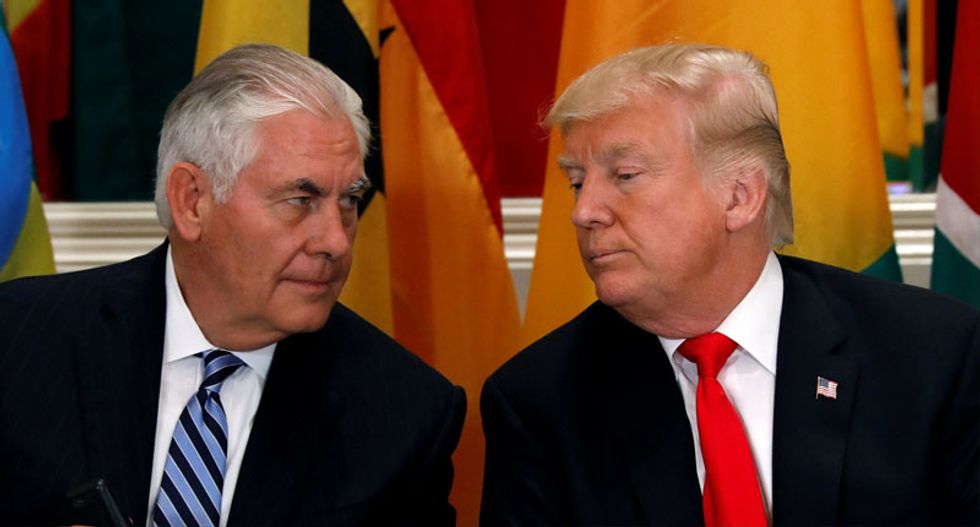 The White House communication department on Monday had worked quickly to put out a statement explaining why Secretary of State Rex Tillerson would be skipping a major foreign policy speech by President Donald Trump.

Trump on Monday was scheduled to speak to the National Press Club about his foreign policy strategy. In an interview on Monday, Ivanka Trump called the speech "yet another amazing milestone for this presidency."

“Normally, the president himself does not share the principles of the national security strategy,” Ivanka Trump told Fox News.

In a statement released on Monday, the White House said that Tillerson had other plans.

The statement, however, did not reveal any details about Tillerson's "previously scheduled event."

The White House on why Tillerson won't be at Trump's speech today: "The Secretary had a previously scheduled event… https://t.co/0GLG7fyDyo
— Kaitlan Collins (@Kaitlan Collins)1513617096.0

But the secretary of state ended up being present at the speech, although he arrived late.

Rex Tillerson is in the house for this Trump national security speech - per pooler @finnygo ( He got here late, aft… https://t.co/sh1vqxAyiP
— Kristin Donnelly (@Kristin Donnelly)1513624896.0

Update: Tillerson is at the speech. He arrived after Trump had started speaking. https://t.co/YcQ8VPpWbe
— Kaitlan Collins (@Kaitlan Collins)1513624840.0