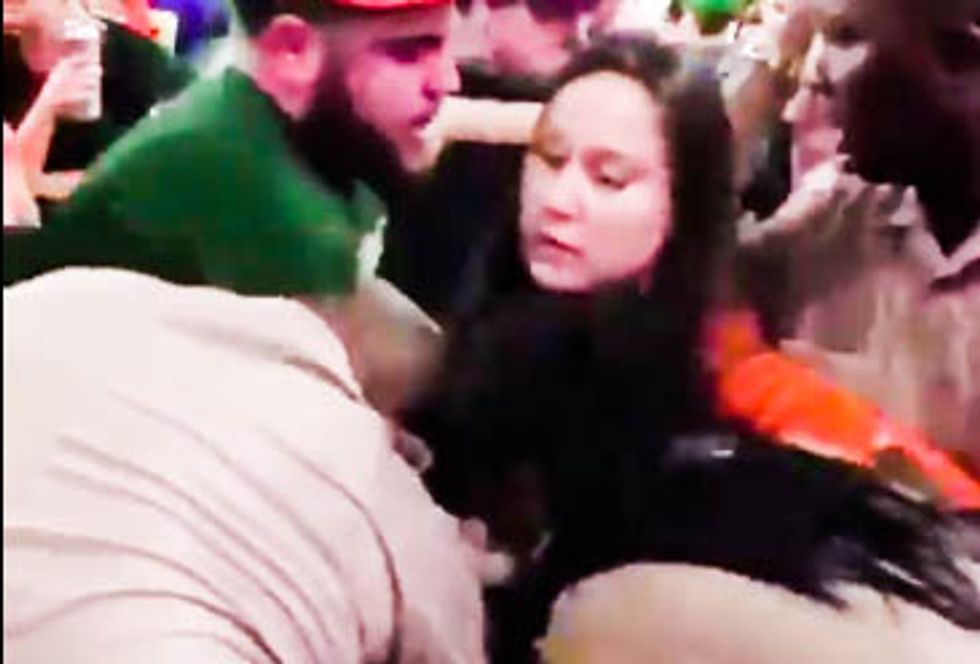 Bridget Freitas, who was caught on camera slapping a police officer during a college football game (Screen cap).

A white woman who slapped a police officer during an altercation at a college football game could get charges filed against her dropped if she writes the officer a letter of apology.

The Miami Herald reports that 30-year-old Bridget Freitas, who was caught on video slapping a black police officer in the head as he was removing her from a University of Miami football game last month, may not have to face charges of disorderly conduct and battery on a law enforcement officer as long as she writes an apology letter and serves 50 hours of community service.

The video of Freitas at the game shows multiple police officers lifting her off the ground and escorting her from the premises. As she's being taken out, she angrily strikes Miami-Dade police officer Douglas Ross, who reacts by hitting her back before continuing to remove her from the game.

The Root's Breanna Edwards writes that Freitas' deal seems to be very lenient, especially given the crime she is clearly seen committing on camera.

"Black people are literally being shot to death while trying to run from police, but this woman could potentially get off with letter-writing for actually assaulting an office like if she’s being punished for missing an assignment in grade school," she writes.

Watch the video of Freitas striking the officer below.