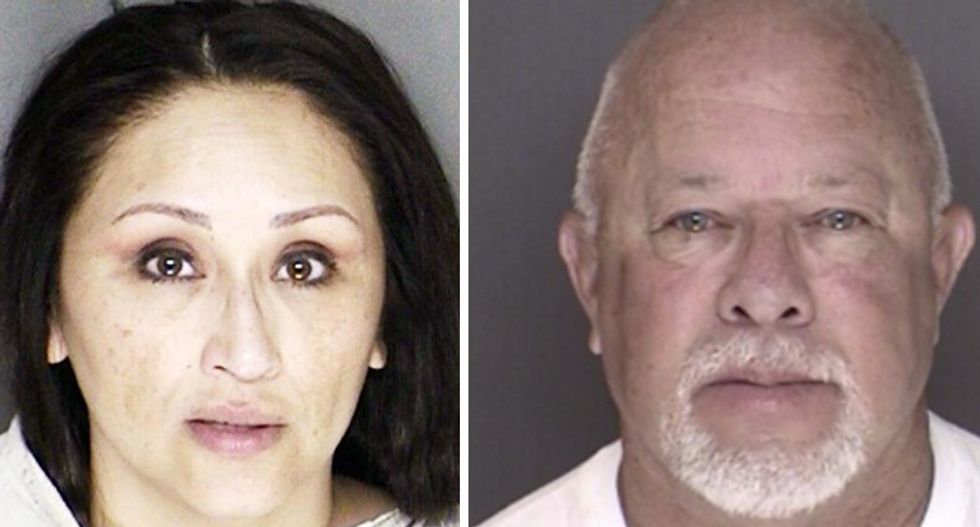 An Ellis County Constable is being indicted on "two charges of misuse of official information, one charge of retaliation and one charge of deadly conduct." But now his wife is facing her own indictment.

According to the Waxahachie Daily Light, Melva Jones was indicted on the charge of retaliation after she allegedly threatened a potential witness against her husband's.

Court documents revealed that on Aug. 15, she allegedly attempted to harass, annoy, alarm, abuse, torment or embarrass the victim in retaliation for the possibility that the victim might be a witness.

The attorney for the family attacked the charges saying that there is no foundation against both of his clients.

“What I can say is that we know that there is no basis for criminal charges against Melva. Just as there were no really criminal charges against Mike," Dan Gus said. "This is the fourth arrest that this family has endured and the seventh indictment,” Gus said. “It all has its origins in the fact that Mike is a political adversary of the district attorney. It is a shame to see the powers of that office are being used to settle some political scores.”

The investigation into Mr. Jones began in April. It was at that time a witness reported a new complaint and had evidence that substantiated the charge of abuse of official capacity.

After the witness' written statement, Mr. Jones began to harass and intimidate her.

“Because of this statement, the defendant conspired with his wife, Melva Jones, and deputy constable, Kenneth Singleton, to create, maintain and enhance a hostile work environment directed towards (the witness),” Ellis County District Attorney’s Office Chief Investigator Jeff Ward explained. “These actions were intentionally or knowingly undertaken against (the witness) by the defendant, by the defendant’s wife and by the deputy constable in retaliation for, on account of her service or status as a witness to prevent or delay (her) from serving as a witness against the defendant.”