'You are going to have to answer': Cuomo drags Alabama Secretary of State for weaseling away from Roy Moore 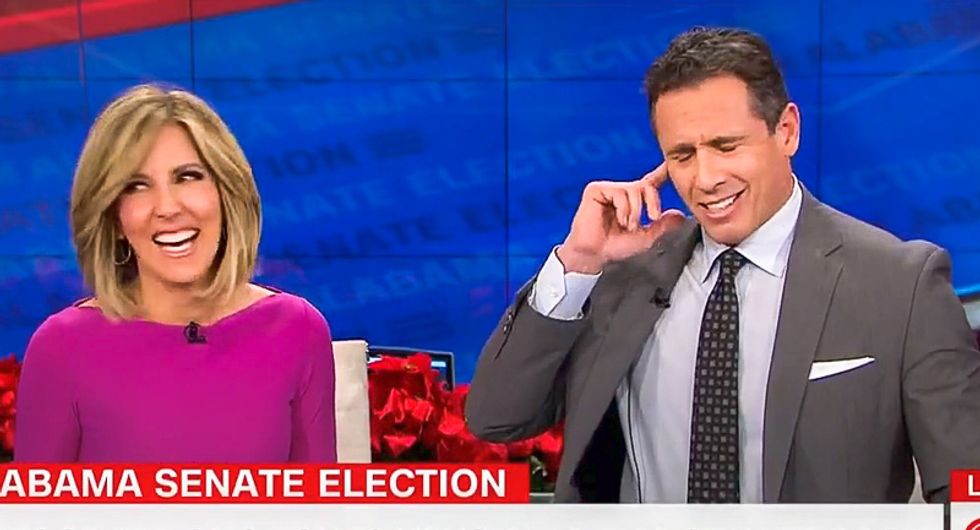 "The margin of victory for Doug Jones at this particular time looks like a very difficult amount of votes to overcome," Merrill admitted.

Noting that Merrill could run against Jones in the next Senate race, Cuomo wondered how the secretary of state would explain to voters that he supported an alleged pedophile like Roy Moore.

"You supported him despite the allegations," Cuomo observed. "Does that mean that you don't believe the women [accusers]?"

"It means I voted for Judge Moore," Merrill replied. "And I have stated the reasons."

"It was more than about two choices," Cuomo said. "It was about decency, it was about what was the bottom in terms of what we'll accept in terms of respect toward women. And I want to know, what is your position today?"

Merrill asserted that he based his vote on the future of the Supreme Court and tax reform, not the allegation made against Moore.

"How did you reconcile voting for Roy Moore with the information that came out from those women?" Cuomo pressed.

"This campaign was not about me," Merrill deflected. "It was about the 1.3 million people in Alabama that decided that they wanted to participate in the electoral process in record numbers."

"Well, it could be about them today," Cuomo remarked, "but if you decide to run for that seat in 2020, which some speculate you might, that you would be a strong candidate, you're going to have to answer for why you voted for Roy Moore and what does that mean about whether or not you believe the women who are the accusers."

"It will come back," the CNN host added.

"Yes, sir, I appreciate you having me as a guest on your show this morning," Merrill said, refusing to acknowledge the question.

Following the interview, Cuomo took a jab at Merrill for dodging his questions.

"You see that head action that was going on there as I was asking that question?" Cuomo remarked.