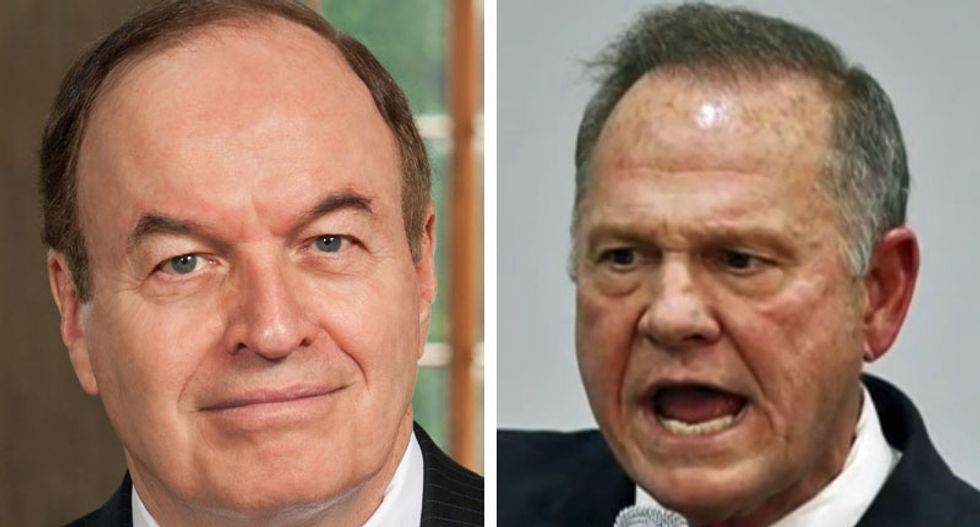 Three Moore supporters are now pushing a resolution to censure Sen. Richard Shelby (R-AL) for refusing to back Moore after credible accusations of sexual misconduct were lodged against the conservative firebrand, who was twice ousted from the Alabama Supreme Court.

The resolution blasts Sen. Shelby for “publicly encouraged Republicans and all voters to write in a candidate instead of voting for the Republican Candidate Judge Roy Moore."

“Sen. Richard Shelby stabbed President Trump and conservatives in the back,” said one recorded phone call. “Tell Shelby you’ll never forget his disloyalty to President Trump and the Republican Party for his treasonous actions. Tell Shelby he’s betrayed his trust to Alabamians and he should resign his office. Call now.”

Dallas investor Christopher Ekstrom has been helping bankroll the anti-Shelby campaign in Alabama.

Ekstrom claimed Sen. Shelby was responsible for destroying "what was a very strong GOP in Alabama."

It remains to be seen how much support the censure resolution has among the Alabama Republican Party, which is expected to be debated before the state party's resolutions committee.

Multiple Moore advisors did not respond to Politico's request for comment.