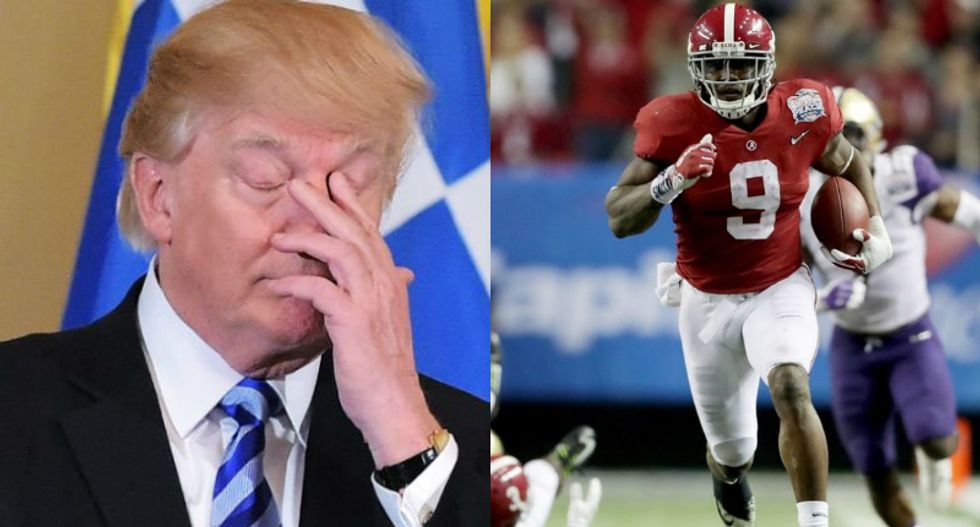 While getting ready for their NCAA championship game against Georgia, Alabama running back Bo Scarbrough loudly communicated his thoughts on President Donald Trump, who was in attendance at the event.

"F*ck Trump!" Scarborough was heard yelling in a video taken prior to the game.

Later in the night, the president was heaped with Twitter ridicule after he appeared to not know all the words to the national anthem.